Pekkarinen, who moved to Uusikaupunki from Jyväskylä, is not afraid of even the most severe frost.

“This is nothing. It’s proper winter weather when the temperature reaches 35 degrees below zero,” says Pekkarinen laughing at the mild winters of the coastal city. 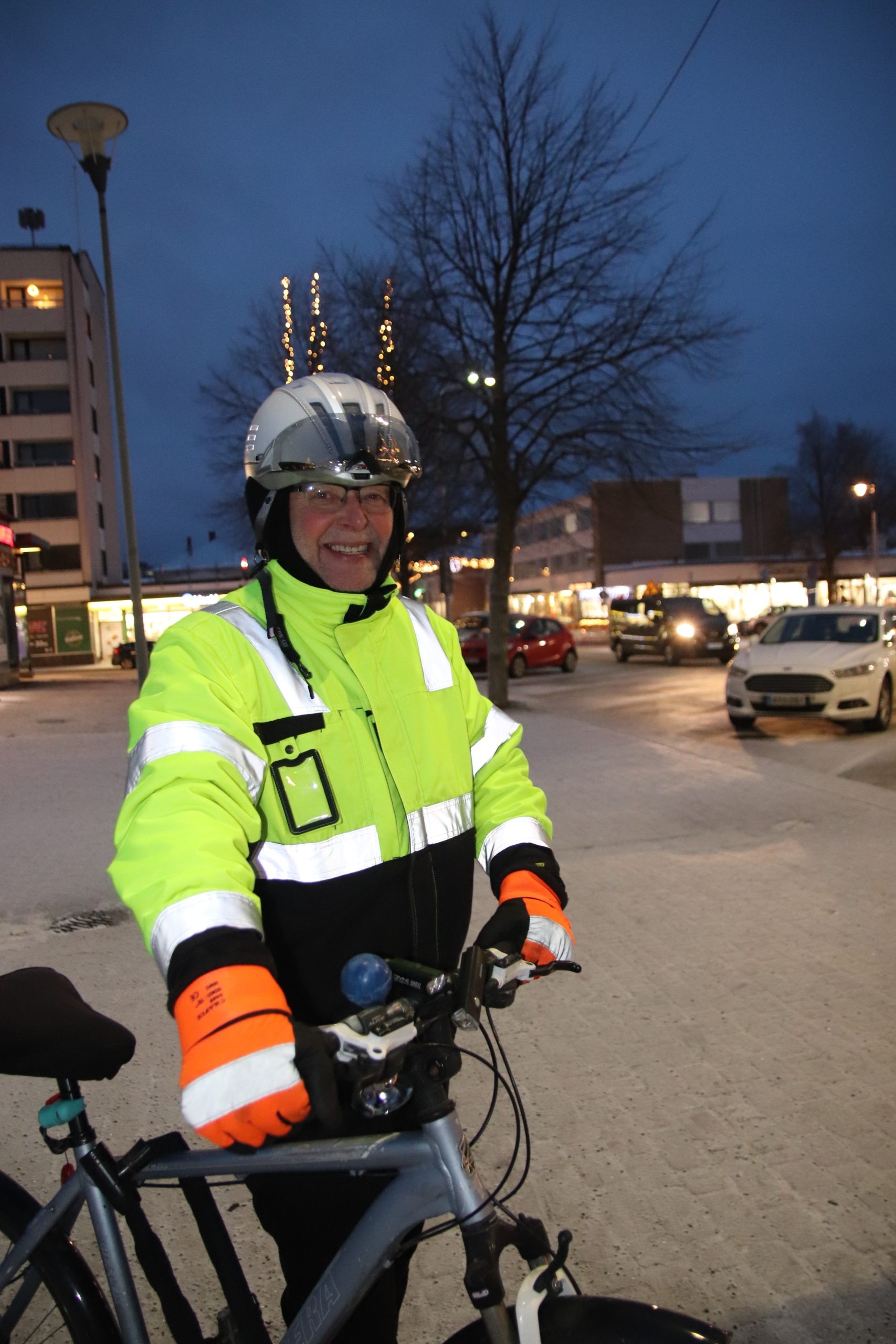 Pekkarinen has already been cycling in his new hometown for four years. In 2017, this family man from Jyväskylä made a big decision to accept a job offer at the car factory in Uusikaupunki. His wife and two sons, who were in their teens at the time, stayed in Jyväskylä, which is where Pekkarinen also spends most of his weekends.

The job as the manager of the car factory’s bodywork welding shop has met his expectations. A permanent position opened a door to a new stage of life for Pekkarinen who was then unemployed in his fifties.

“You have to be prepared to go further for work. In this way, I wanted to set an example for my boys as well,” he says.

Pekkarinen packed his bike in his car on his first trip to Uusikaupunki. To a steadfast cyclist, it goes without saying that you use your muscles to get to work. The distance from Hakametsä to the factory is a couple of kilometres, which is a suitable length for a person who works in three shifts.

Pekkarinen is now on his third home in Uusikaupunki. After renting, he decided to buy a two-bedroom apartment in Hakametsä, and his wife had also enjoyed the summers in her husband’s second city. According to Pekkarinen, Uusikaupunki has been a positive surprise also in other ways than cycling.

“This is a very nice city all year round, and especially at this time when the gorgeous Christmas lights illuminate the centre,” he says excitedly. 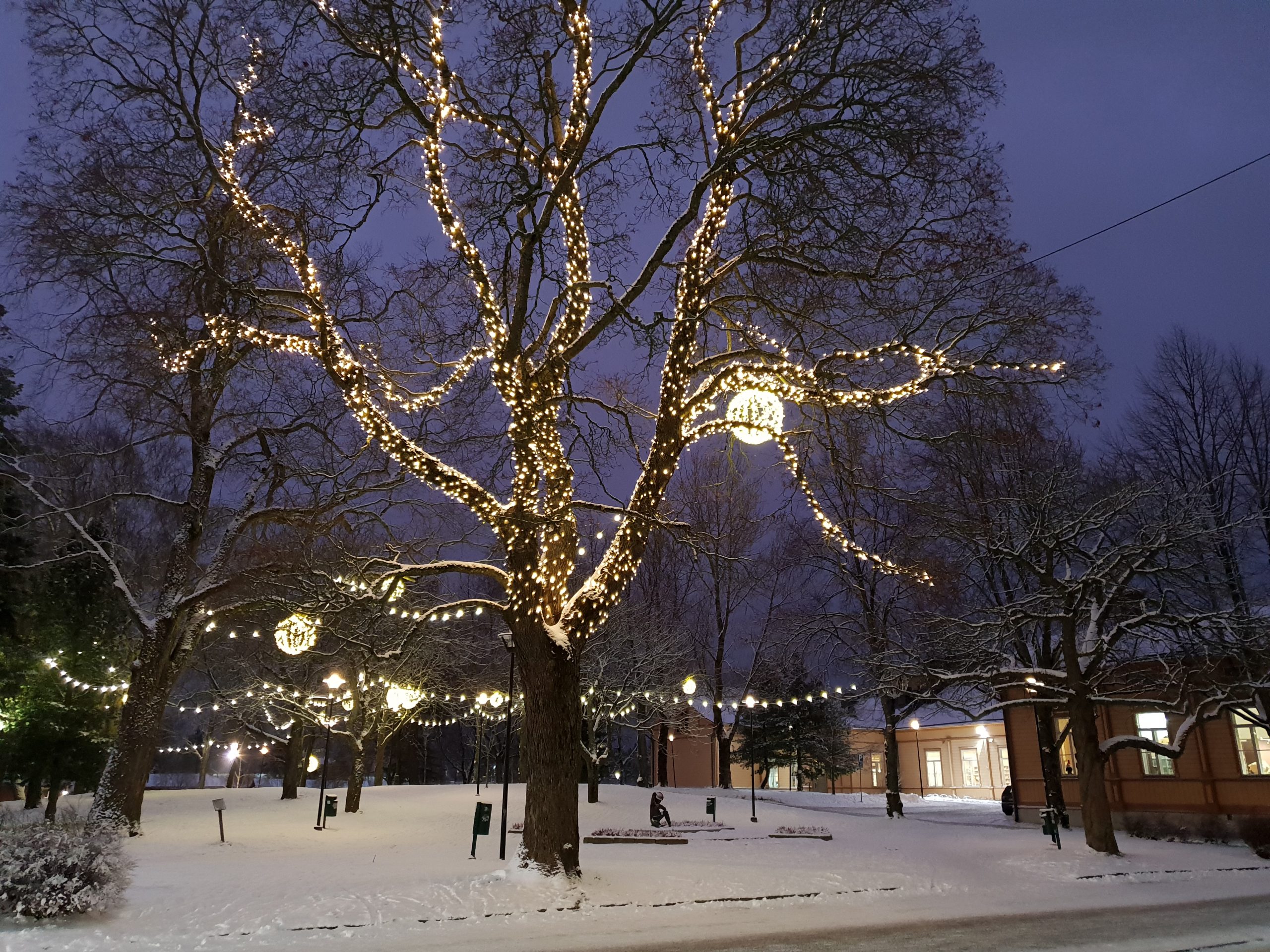 As a man with roots in Central Finland, he isn’t the only one who has fallen in love with the seasonal polar night lights of Uusikaupunki. A couple of years ago, the Christmas Street in Uusikaupunki was voted the most beautiful in Southwest Finland in a newspaper readers’ poll.

According to Pekkarinen, the best thing about it is that the pedestrian and bicycle ways are well lit. It brings safety to traffic in the dark.

In his opinion, cyclists in Uusikaupunki are well taken into account, as you can cycle on the walkways in the urban area. Pekkarinen is positively surprised about how good the cycling culture is in the city. He hasn’t noticed any confrontation between cyclists, pedestrians and drivers. It is also positive that bike thefts do not occur, at least on the same scale as in big cities.

He says he was a little surprised that there are expensive bikes parked with just a cable lock.

“If you’d do that in Jyväskylä, the bike would be gone before you made it 50 metres from your bike.”

At Christmas, Pekkarinen takes a break from commuter cycling, but as soon as he starts work after Epiphany, he puts his winter protector on the saddle. As the sea breeze picks up, even the last bit of sleep vanishes from your eyes in the morning. Pekkarinen, who works three shifts, is regularly on the move at different times of the day.

In winter, the most important thing is to make sure to wear warm clothing, and a helmet cap goes nicely under the winter helmet. Pekkarinen gave up on studded tyres as there has been no need for them in Uusikaupunki. “I have not fallen over once yet,” he says. 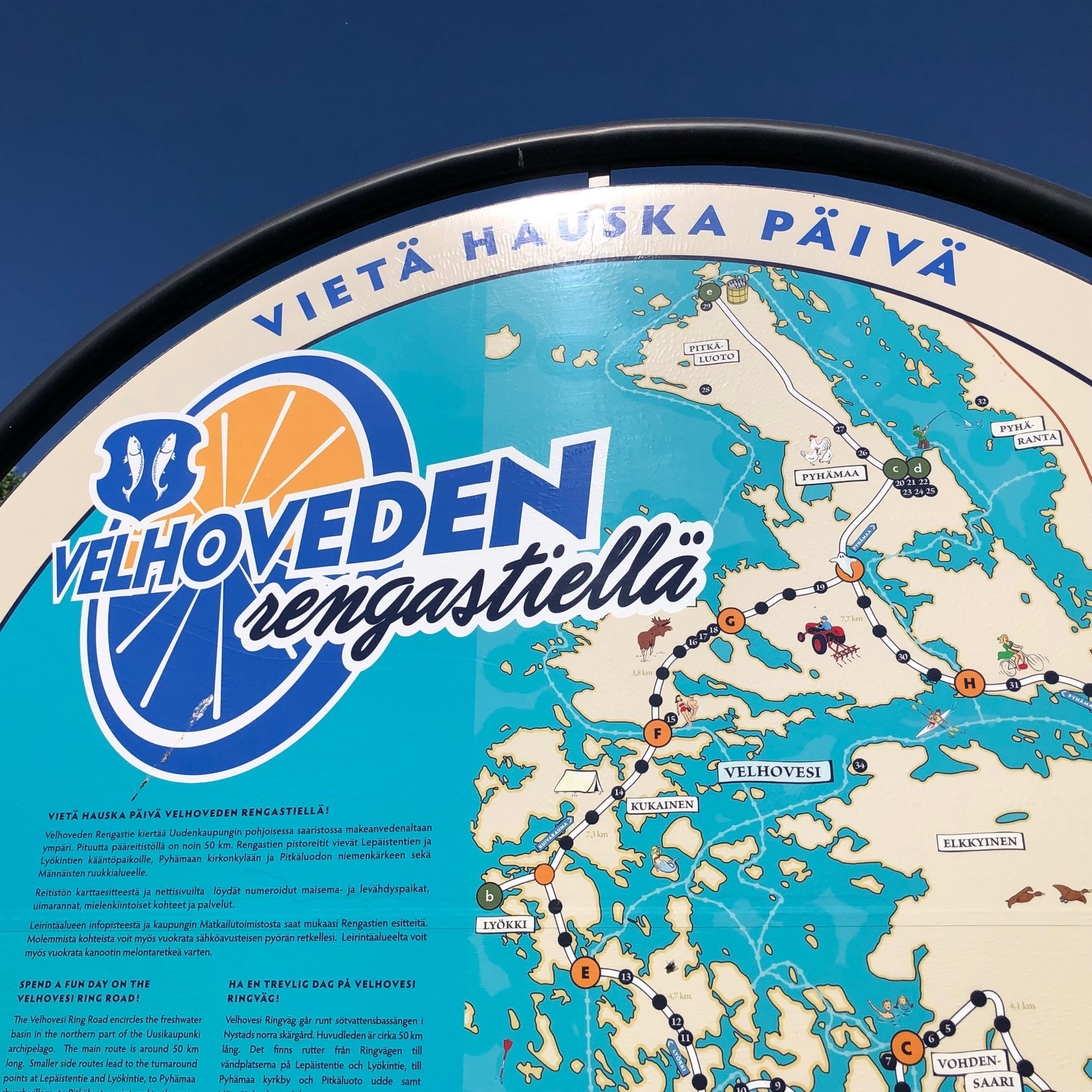 Pekkarinen finds winter a nice season, but the summer and Uusikaupunki’s beautiful seaside cycling routes are already in his mind. He plans to get a fatbike. There are already nice routes for mountain bikers, and Pekkarinen believes that there may soon be more of them, as he thinks the city has taken notice from new sports trends. Pekkarinen, who enjoys his exercise, has already become familiar with the relatively new stairs for running containing 62 steps located near the jogging path.

How to perform maintenance on your bike