A few years ago, Tiina and Riku Hero had the idea that they could probably do something else with their lives than live in a detached house in Espoo. The couple, both native residents of Espoo, had already built a couple of homes when the idea really took on—what about moving to a calm rural area, buying a boat and taking it easy?

This thought seemed very intriguing to the couple, who were used to living in the hustle and bustle of the capital region.

“The idea was tossed around for a while before we did anything concrete.

Finally, Riku went through all the homes in Finland that fit our criteria and sent me a message saying ‘what about moving to Kustavi?’ We were very excited at the idea,” says Tiina Hero.

A wonderful building in the Kustavi archipelago set the wheels in motion. The Heros decided to put their home in Espoo up for sale and see if moving to Kustavi would be possible.

Unfortunately, this was not the case. The dream house in the archipelago was sold to someone else, but the idea of making a life changing decision did not fade away.

“We kept tabs on other available houses and we visited many of them. The important criterion was that the house should not be more than one hour away from a place where I could find work,” says Tiina, who works in the field of museums.

The “one hour from Turku” criterion also included Laitila, where Tiina, Riku and their 12-year-old child Leo drove to see a farmhouse that was up for sale. As the house did not feel like their own, they decided to check whether other properties worth inspecting could be found nearby. 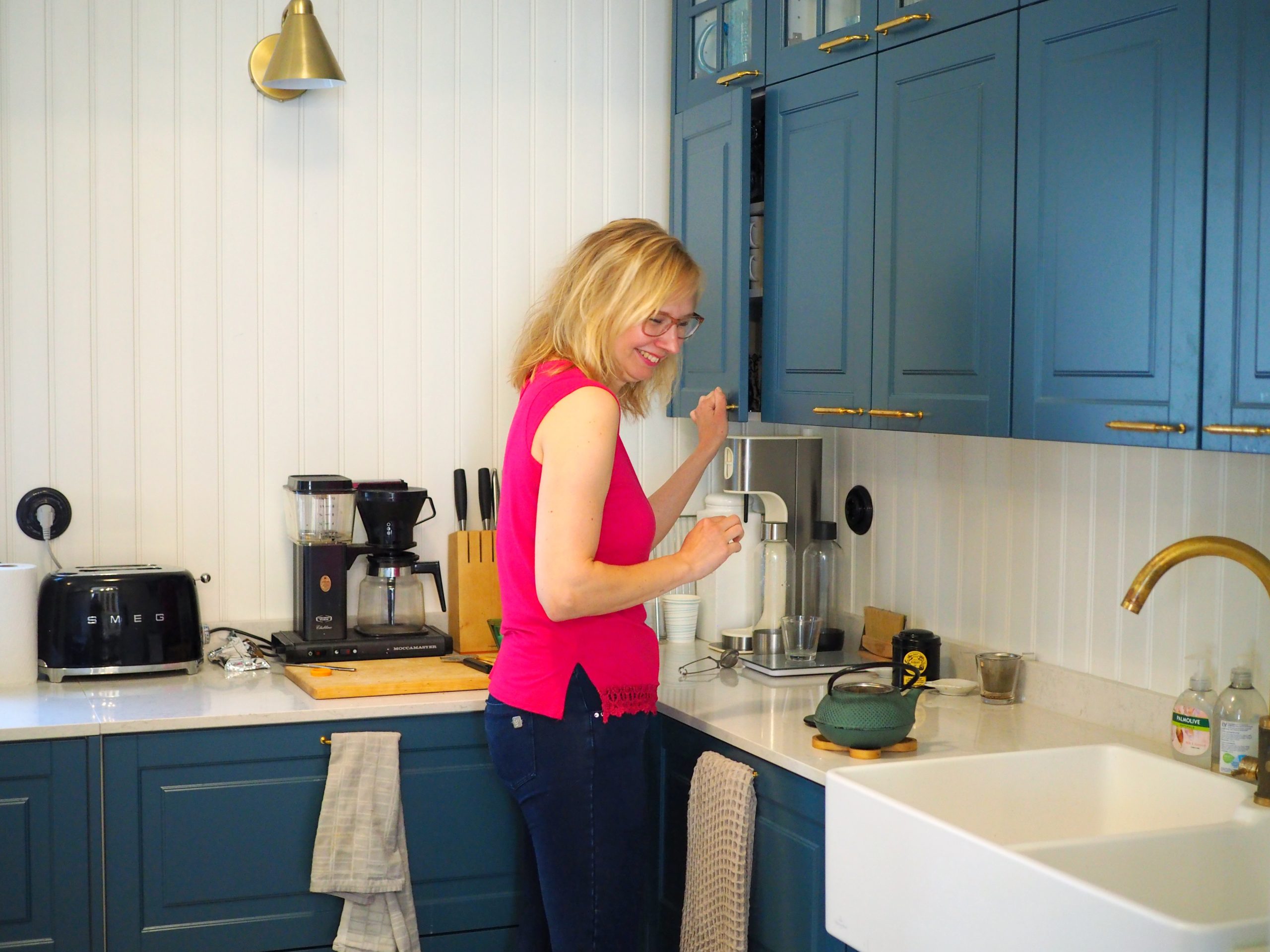 They set their eyes on an old wooden house in the Uusikaupunki grid plan area. A showing was arranged in a quick manner and the Heros drove to Uusikaupunki for the first time in their lives.

“We knew nothing about Uusikaupunki. Well, we knew that one of our neighbours in Espoo used to work at the car factory,” Tiina Hero admits with a laugh.

Something in the historical milieu of the small town seemed charming, however.

“This house and place were nothing like we had planned. We had a clear idea to move into the countryside, but then we started considering the possibility of living in a small town. There were a lot of positives about the idea, especially for Leo, as he could go to school and free-time activities on his own.”

The old house required a comprehensive renovation, but the couple were undeterred as they were used to construction projects. The Heros re-visited the house before their home in Espoo was sold and they became residents of Uusikaupunki. It was somewhat surprising and random, but the trio are still smiling after a year of living in the town.

“The interior of the house had to be practically demolished and re-built. Riku and I moved to a nearby Airbnb home for the duration of the renovation while Leo lived with his grandparents until the end of the autumn semester. We finally moved in just in time for Christmas,” says Tiina Hero. 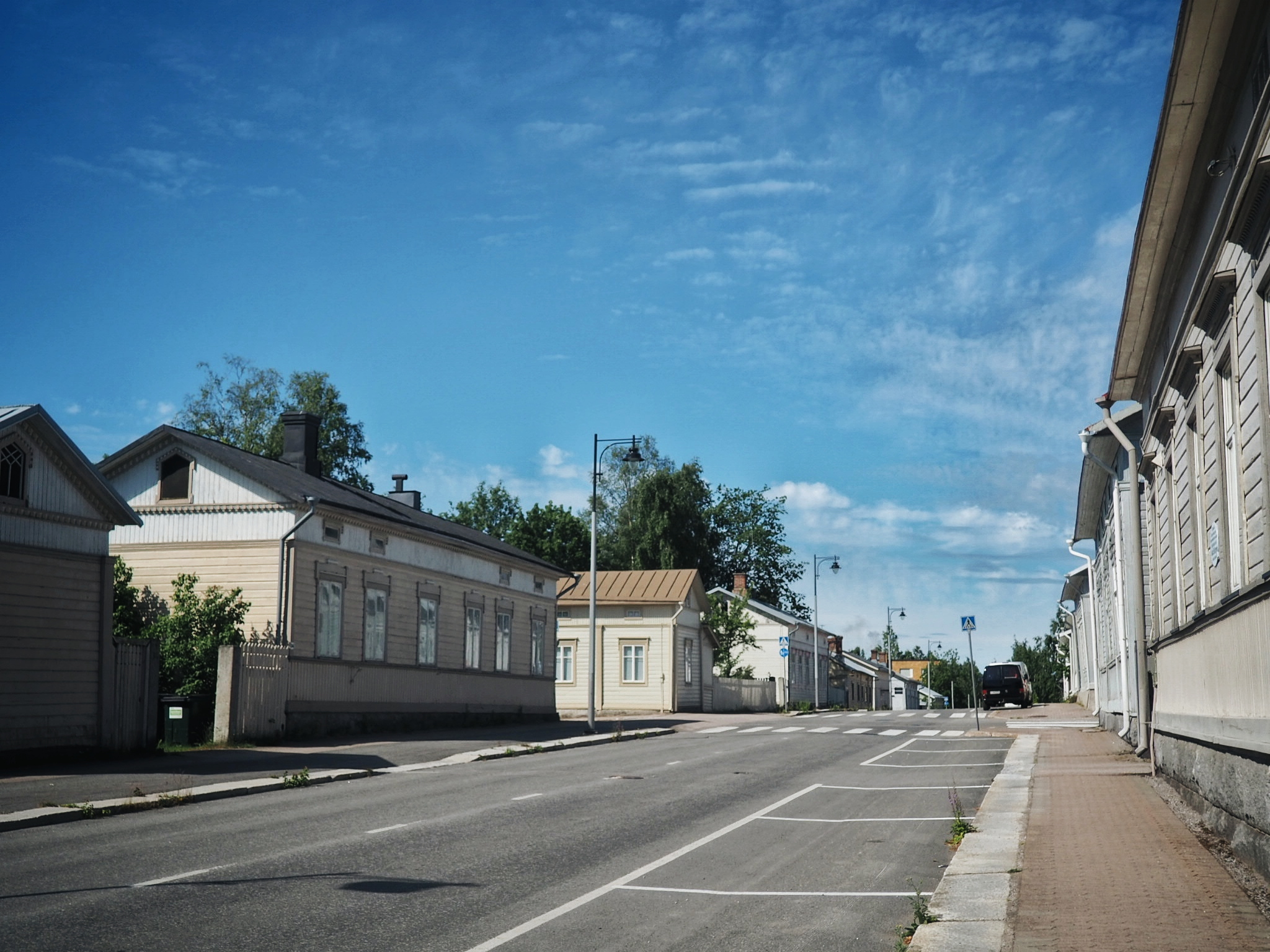 Riku Hero gave notice at his job in logistics while Tiina’s job in Espoo first continued remotely and part-time before a hybrid arrangement was made. Since then, Riku has found a regular job in Mynämäki and Tiina is about to start a study leave.

Tiina says that the move to the small town has also given space and time for her thoughts and daily life.

“Pretty soon after the move, I had the opportunity to hold lectures at the Vakka-Suomi Adult Education Centre. We have also taken part in various courses actively. Leo has visited the shooting range and continued his judo hobby here.”

Although people like to warn about the slow winter period in the small town, Tiina Hero thinks its a good thing that they moved in the autumn. As they had packed everything they owned into boxes, the city’s services became familiar to them pretty quickly.

“We got the authentic experience right at the start when we moved outside the tourist season. We have had no regrets at all.” 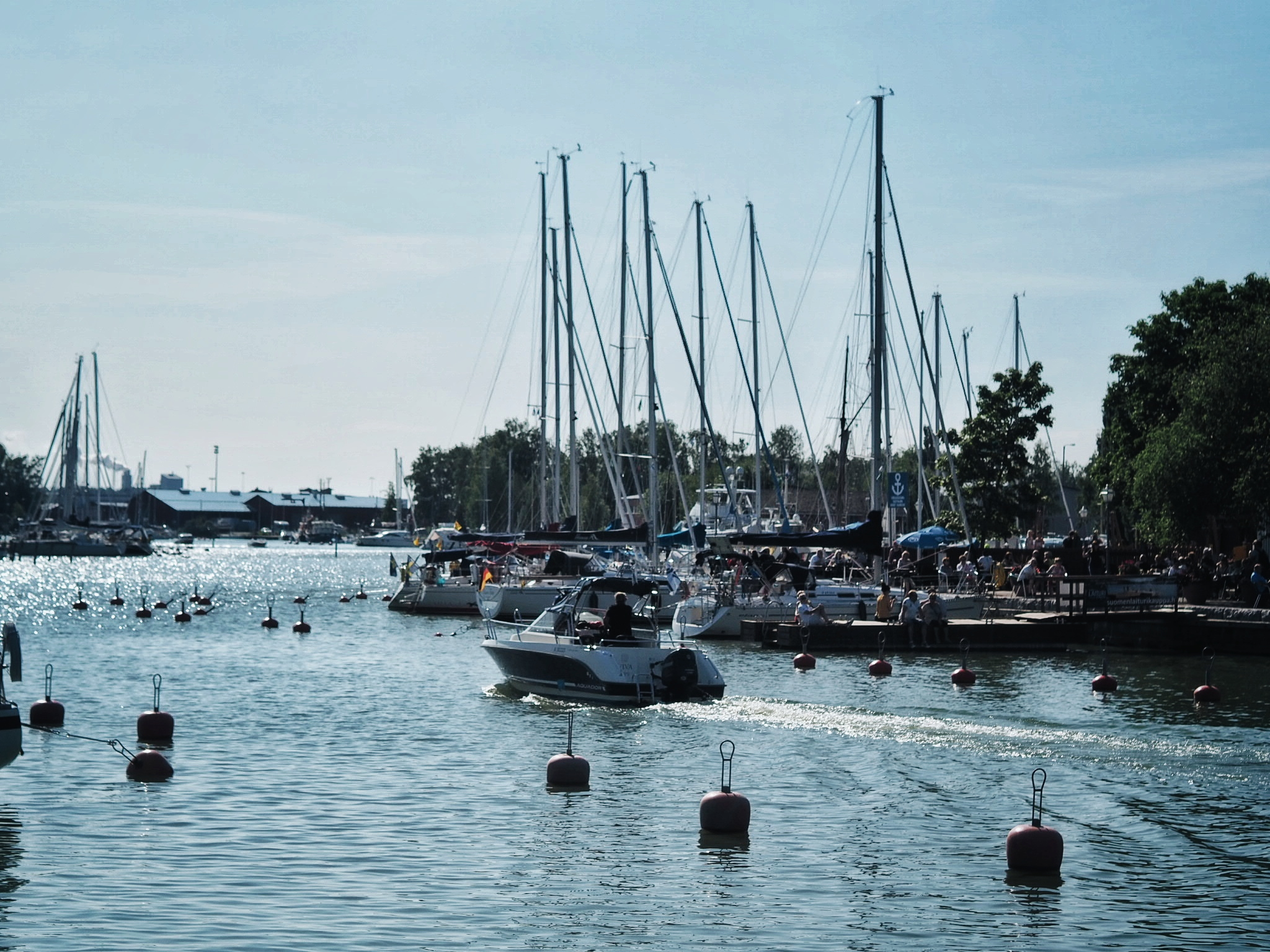 Now, when Tiina drives towards Uusikaupunki after a work trip and the town’s silhouette is visible from the bridge over the railroad, she feels like she is coming home.

“When we moved here, the sun shone every day and the place seemed a bit unrealistic. We still think that moving here was a good idea. Our boat is a stone’s throw away and we have an old house that always has something that needs to be done. The atmosphere here is sincere,” summarises Tiina.