Christmas is next week, and that keeps Tarja Korkeakoski from Rannikon Kalatuote fishmonger busy. The fishmonger has a steady income of customers, and two telephones sitting on a steel table keep ringing one after another with customers with more Christmas orders.

“The Christmas season truly kicked off last week. Customers tend to order their fish also from outside the surrounding area. We get orders all the way from Tampere, Turku and Helsinki,” says Korkeakoski.

Fresh fish from Uusikaupunki is especially noted by the tourists, and for a good reason. Both Tarja and Arto Korkeakoski’s Rannikon Kalatuote and Vesa-Pekka and Eeva Rantamaa’s Kalaliike V. Rantamaa offer their customers fresh locally caught fish that is converted into mouth-watering delicacies in the hands of the entrepreneurs. 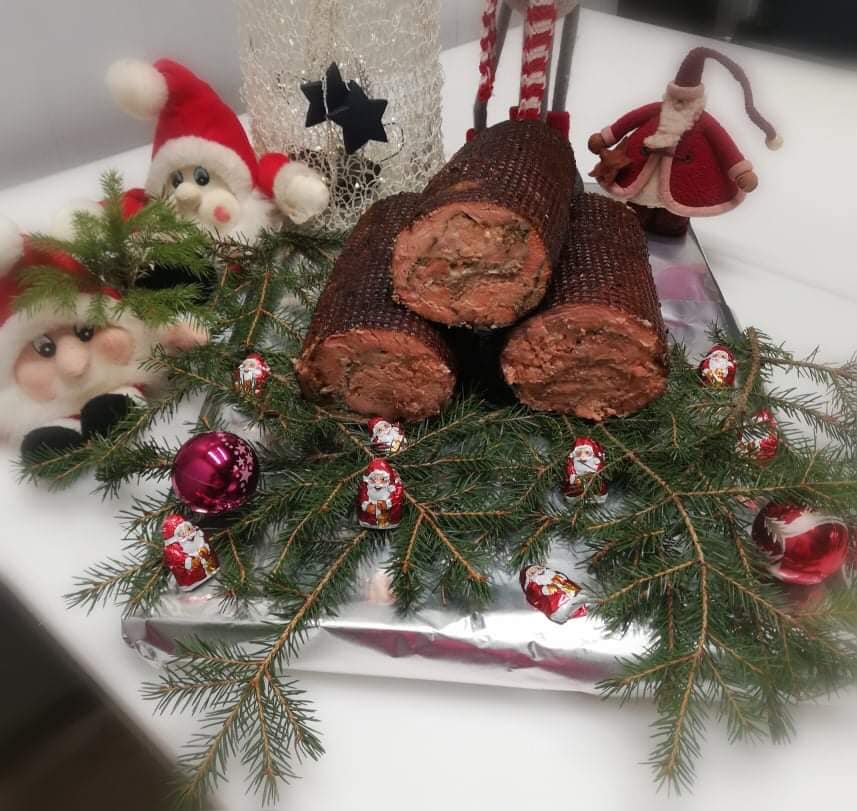 Here warm and cold smoked fish, roe, fish pastes and different herrings and Baltic herrings have a very short journey from the sea to the festive table, and there are no unnecessary middlemen.

Of course, the family businesses need all hands on deck during the busy Christmas season.

“We primarily accepted reservations until last weekend, but the phones keep ringing. Now we are preparing fish pretty much night and day,” says Eeva Rantamaa while carrying on working.

Christmas is the most important season for a fishmonger. Overall, the spring season, along with its tourists, is good, but during Christmas time, the queue to the shop often extends hundreds of metres.

Most of all, smoked fish, raw pickled fish and roe are in demand around Christmas, but also new kinds of fish delicacies find their way to the tables of younger customers.

“Garlic braids and dill gyros are in demand during the Christmas season as well. The older people tend to prefer a traditional whole smoked rainbow trout,” says Eeva Rantamaa. 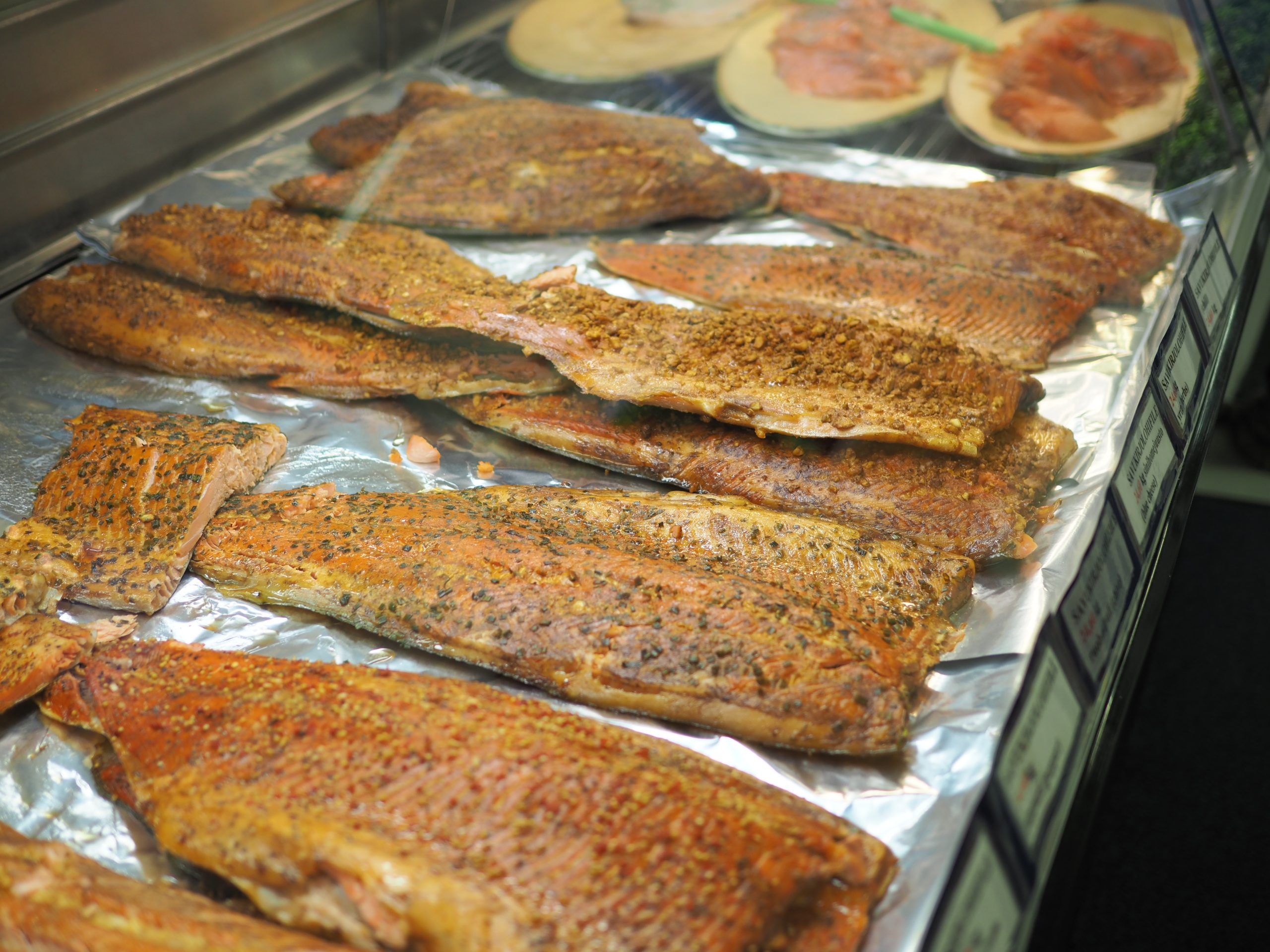 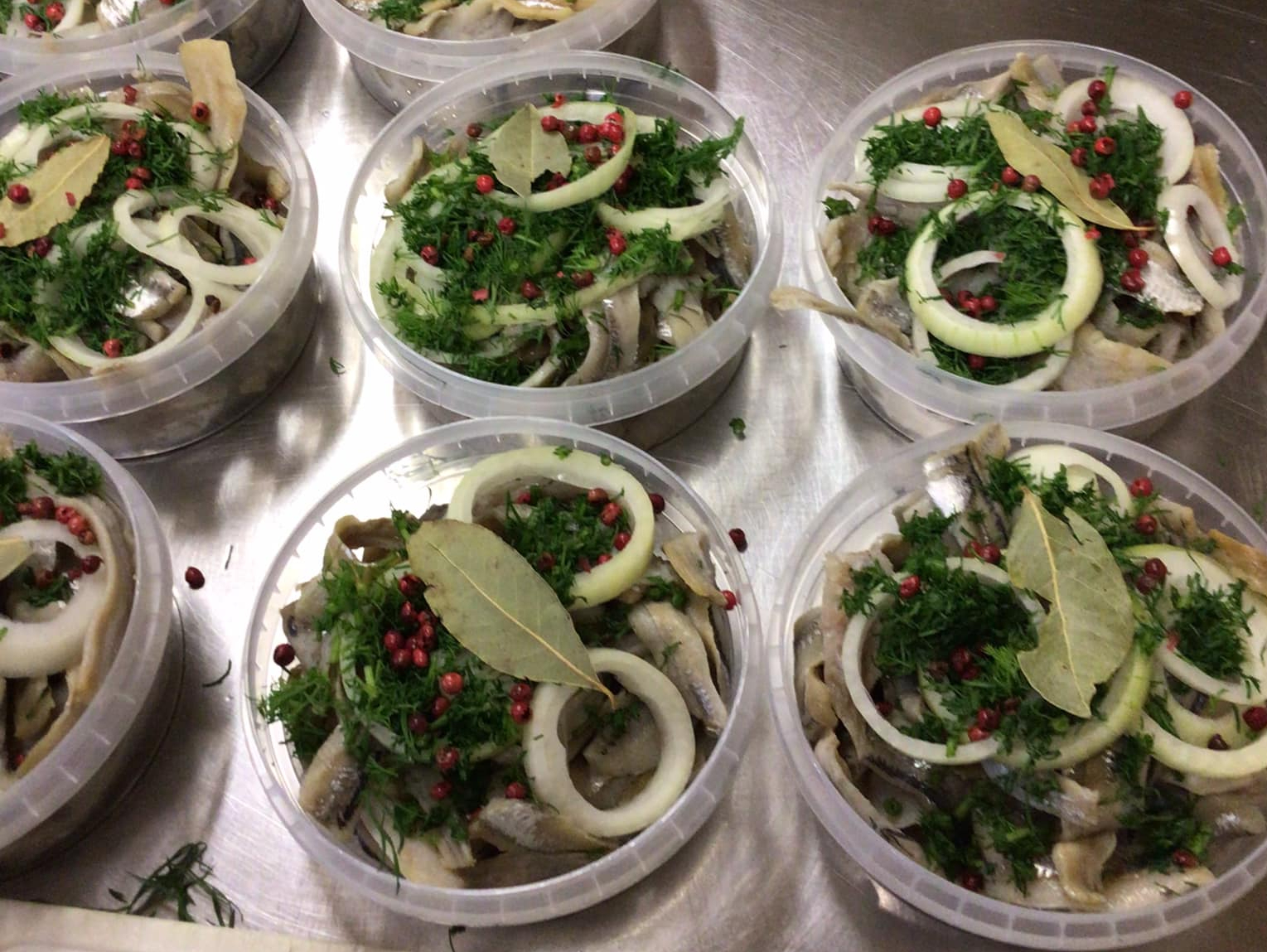 An item that is sure to divide opinions at the Christmas table is about to make a comeback. According to Tarja Korkeakoski, the demand for lutefisk is again higher than in previous years.

“People may want to try it out, for example, if their own parents are not around to prepare it anymore. We use genuine cod in our lutefisk, which holds together better too,” she says. “And another thing that we sell a lot in addition to smoked fish, herrings and roe, is Vento Aalto’s herring jars. They are very popular.” 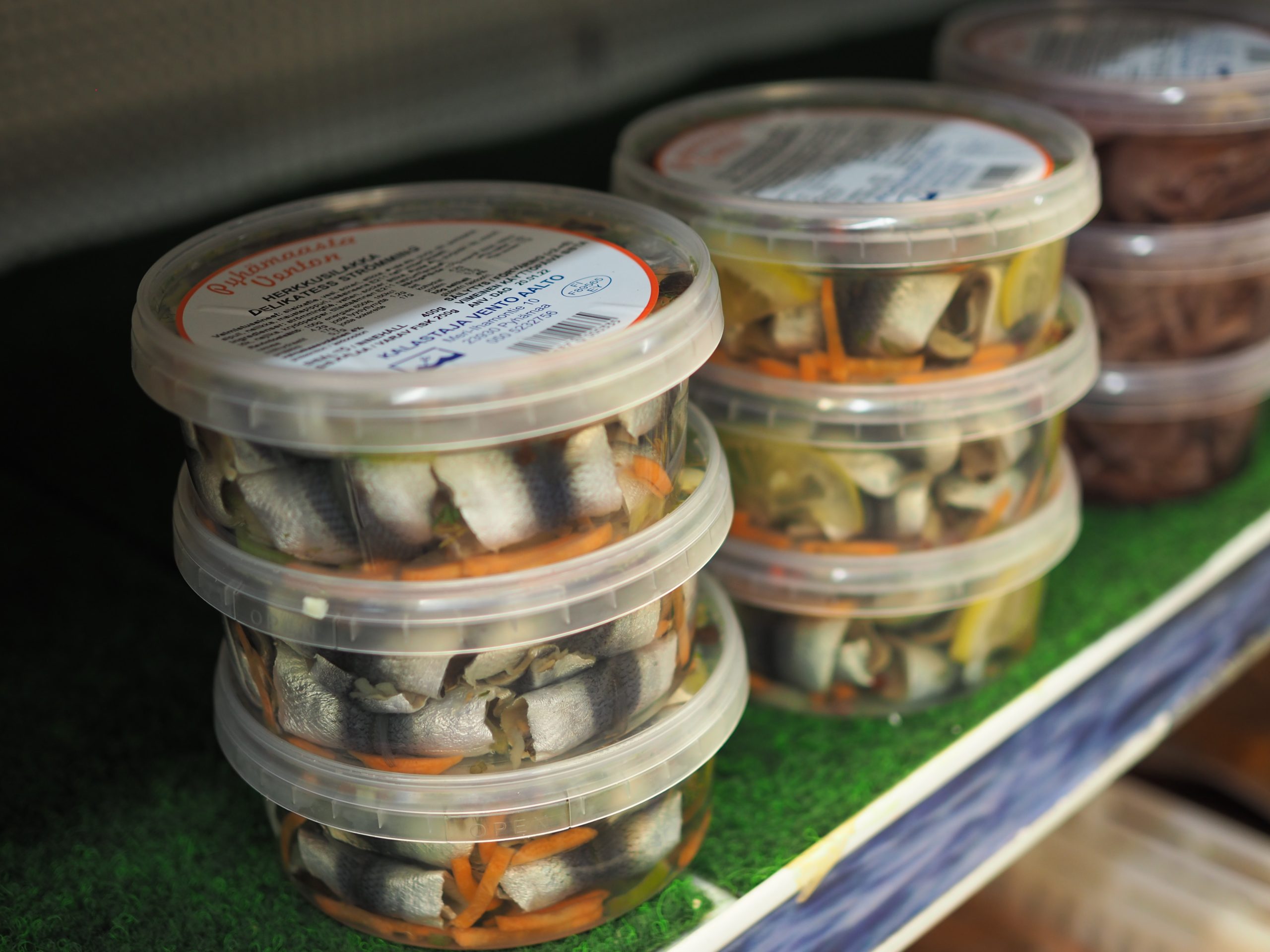 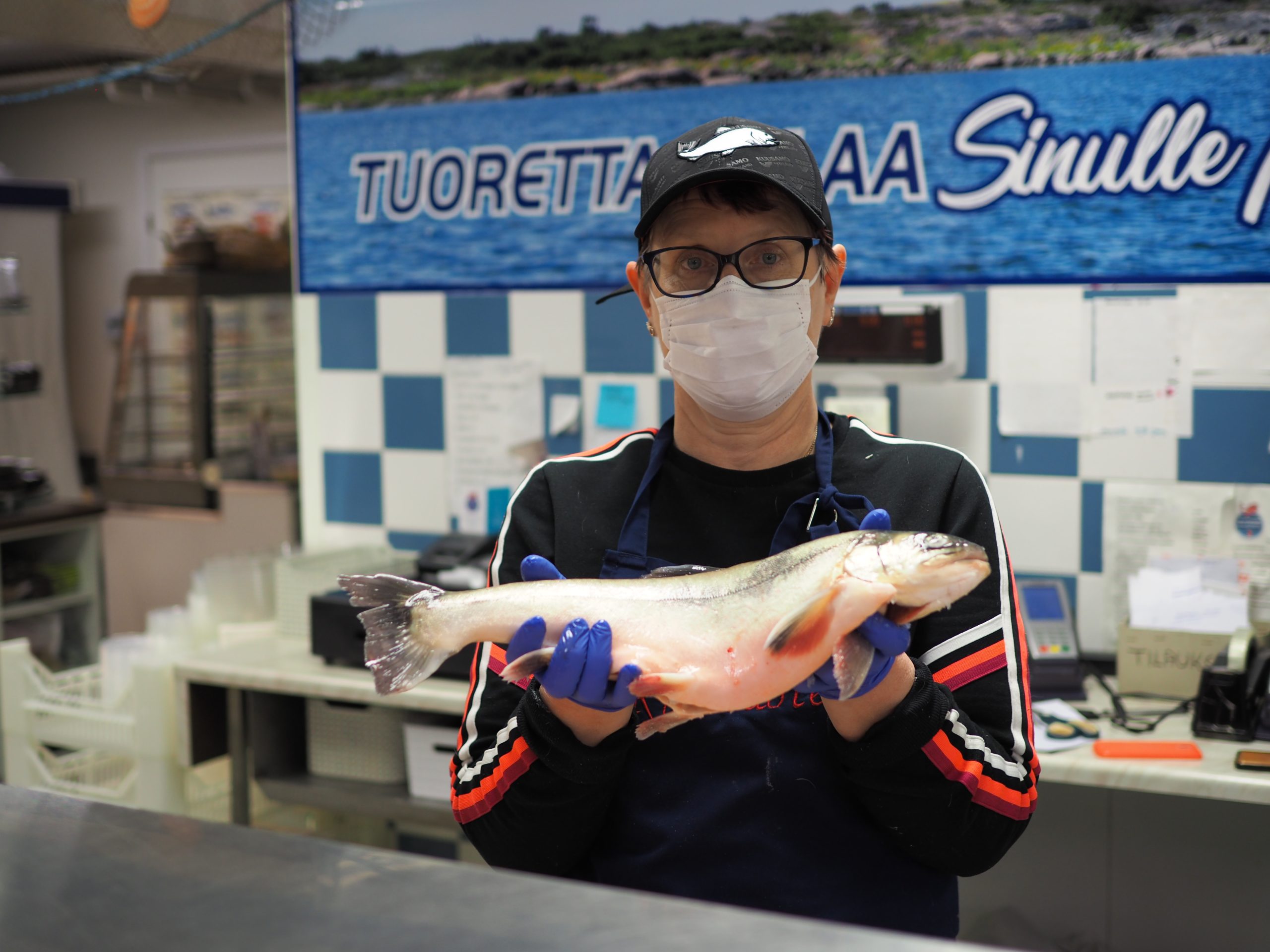 Although, the shopkeepers receive many reservations, you don’t need to worry if you have forgotten your order due to Christmas hassle. Rannikon Kalatuote offers their services on the shore, and V. Rantamaa is at the market square until Christmas Eve to make sure that every single Christmas table is able to get local fish to crown their service.

“There is plenty of fish to go around! Not once have we run out,” promises Korkeakoski.

“There is a refreshing village community feel to Uusikaupunki”

Girl in the seaside city