From a beautiful cardboard package, something resembling a tea bag is revealed, with a lovely fragrance that transports one’s mind to the Finnish summer with its sunlit evenings, warm nights and dewy mornings. This is precisely what the company headed by three women from Uusikaupunki was aiming to achieve – packaging the connection between pure Finnish nature and the sauna, along with their health benefits, and sending it out to the world.

Or, to be more precise, at first to Japan.

“I had a clear vision of wanting to do something related to nature and the sauna, and then take it to Japan. That is where the whole thing started”, explains the company’s founding member Tanja Harilainen with a smile on her face.

Harilainen’s vision stayed within her circle of friends for a time until it caught on and some interested partners came in. Eva Liukkonen introduced Harilainen and her ideas to her friend Anu Kuikka, who was hooked right away. Together, they started work on the product’s development.

After long concept meetings, the product was ultimately found closer to home than expected.

“At the end of one of our meetings, I said that we’re going find it but, in the mean time, I think I’m going to make some of my sauna scent bags. And that was it”, Harilainen says with a laugh.

The scent bags were sauna fragrances made by Harilainen and her friend Riikka Maijala – dried birch leaves sewn inside a bag filter, which they also put inside their friends’ Christmas gift bags.

They started developing the company’s first product from these small pouches stitched from bag filters. In the autumn of 2018, Nystad Sauna Company was officially established.

Harilainen and her business partners, Anu Kuikka and Eva Liukkonen, spent long hours fine-tuning their first product to its final form. At the beginning, illustrator Kati Vuorento was also involved and she designed the company’s logo. However, soon after the company was running with just the three of them.

“The product development stage and the commercial planning required a lot of work. Finding the right balance of ingredients takes a lot of trial and error. And more than a few trips to the sauna”, says Harilainen with a laugh.

The first sauna scent was found in dried Finnish birch leaf grind. In addition to the summery scent, Harilainen emphasises the effects of genuine and raw ingredients on holistic well-being.

“It is important to us that the ingredients are collected and dried correctly, so that all the goodness is retained within them, such as antioxidants. In the sauna, the nurturing oils that vaporise with the scent are absorbed through the skin and lungs.” 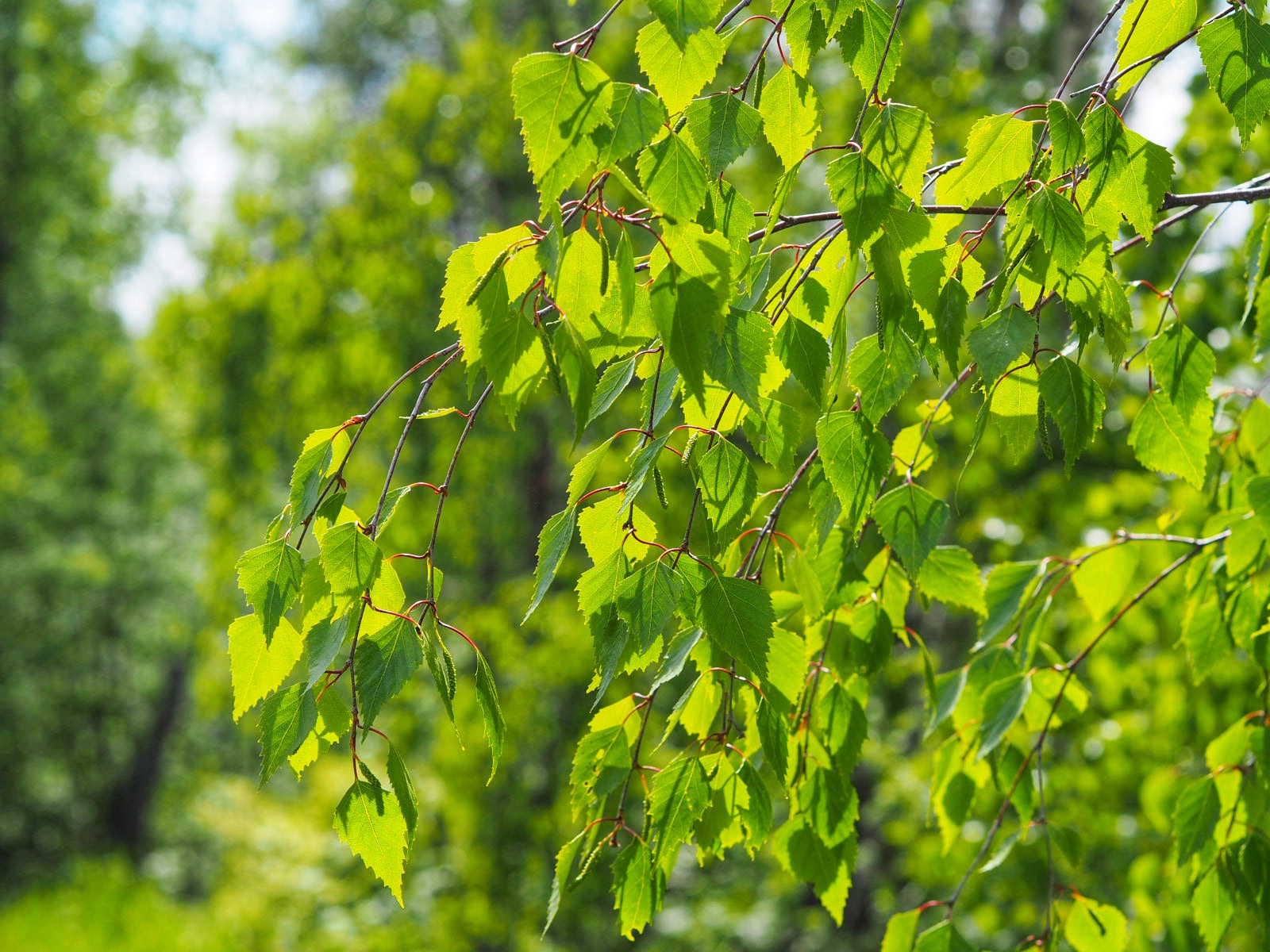 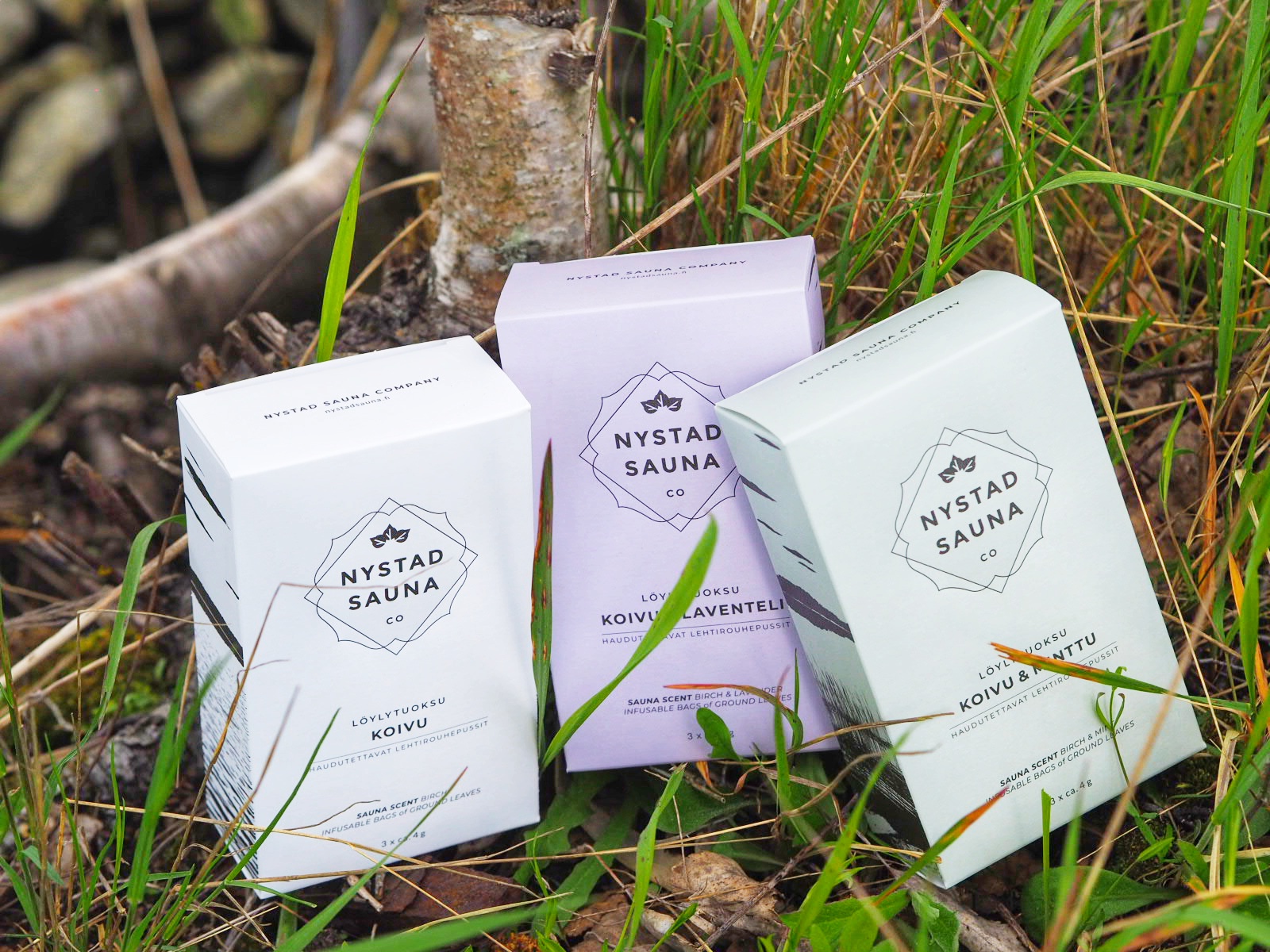 All the ingredients for the products are collected locally, mainly around Eura and through the ingredient picking network there. Harilainen herself also has a picking card, but she rarely has any time for picking.

“A kilo of dried birch leaf requires four kilos of the fresh stuff, and the annual total required is hundreds of kilos. Once every summer, I try to make a trip into the forest with the pickers to keep in touch with the physical aspect of the labour, but mainly we outsource the collection side of things”, she says.

Product development and frequent trips to the sauna have resulted in three sauna scents on the market. In addition to the traditional Birch scent, there are also Birch & Mint and Birch & Lavender scents to choose from. The most recent product from the company is Forest Bath, with Birch, Birch & Peppermint and Birch & Heather scented products.

“All of our products are produced from natural ingredients, and nothing is added or taken away. It is important to us that the products are not only ecological but also ethically sustainable, non-toxic and vegan. We believe that nature will suffice as it is”, says Harilainen.

How are things progressing in the Japanese market?

“Yes, we got into Japan”, Harilainen says with real excitement. “It is a world of its own, but we have been received with open arms. Finnish nature is very much appreciated in Japan.”

In addition to Japan, the products have also landed on the shores of many other countries as well. In total, the products are exported to eleven countries. As a surprise to the entrepreneurs themselves, the product has also seen traction in both Finland and the United States.

“At first, we were fairly certain that Finland would be a tough market to crack, but we were glad to find out that we were wrong. The products sell well especially in the larger towns and summer cottage regions. Consumers tend to prefer products that are ecological and Finnish”, says Harilainen.

There were no initial plans to target the U.S. market either, but interested retailers from across the pond started contacting us through Instagram.

“Currently, we have three retailers in the United States. All of them found us through Instagram”, says a happy Harilainen.

Currently, Harilainen and Kuikka are involved with the operational side of the company. 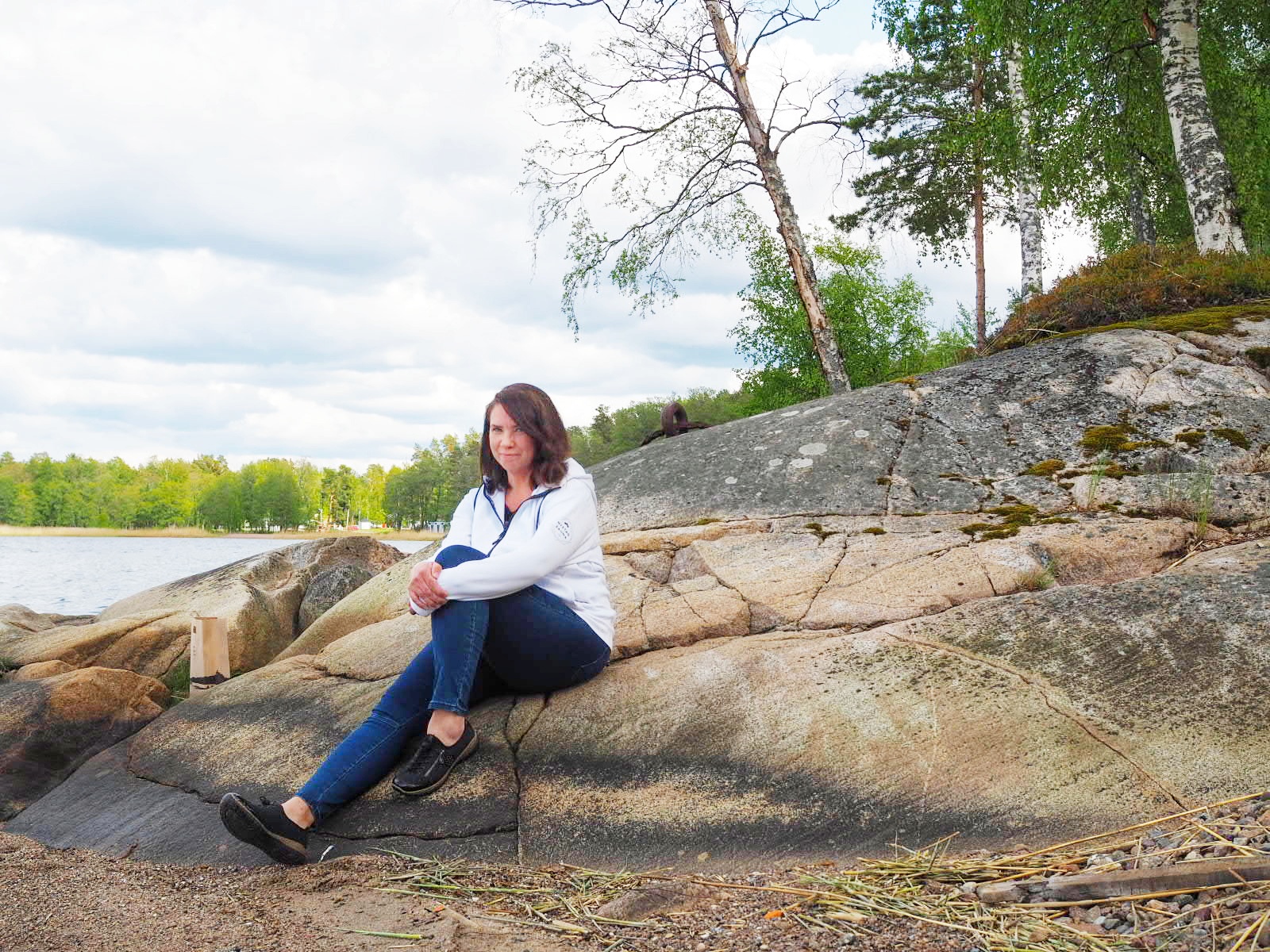 “For instance, we employ pickers through subcontractor networks. In Uusikaupunki, we have also been able to provide a few young people with summer jobs, and we are co-operating with Pajalan toimintakeskus for product packaging”, Harilainen explains.

In the future, the ladies hope they can commit to Nystad Sauna Company full-time and get the export side of things going with even more steam. Different forms of co-operation with local companies are also an interesting prospect.

“I just recently graduated as a sauna therapist. I hope to be able to further highlight the meaningful connection between nature and the sauna, about how they nurture and care for both the body and mind. Maybe through this, new services could be dreamt up with entrepreneurs from Uusikaupunki”, Harilainen suggests.