Berry bushes full of berries and fruit trees swaying in the wind surround the lush garden of a light-coloured house. The carrots, beetroots, pumpkins and garlics protected under covers have a nice place to grow in the garden. Reaching up towards the sky, the lettuces look almost like small trees.

Despite the dry summer, it seems like there will be a lot to harvest. 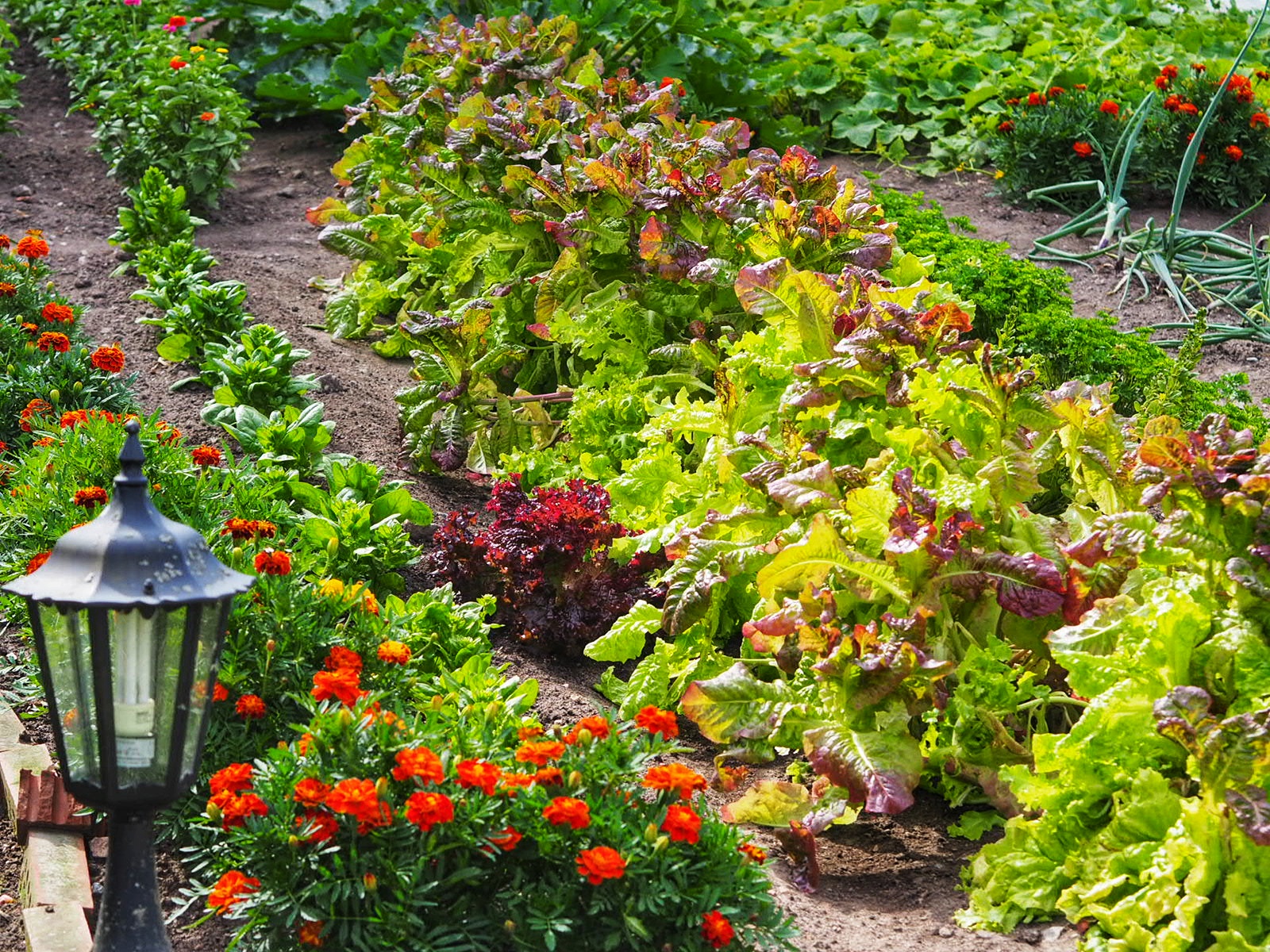 “Matti is responsible for the irrigation system here, whereas I take care of the weeds. However, as we both have our sides of the yard to tend to, I’m not going to weed out anything on Matti’s side,” Ritva says with a laugh.

Gorgeous broad beans grow on one patch and tomatoes, bell peppers and cucumbers grow in the greenhouse. The couple spends a large part of the summer in the garden. The yield from their own garden is stored for winter inside the recently completed cellar.

“Our philosophy is to eat that which we grow,” says Ritva. 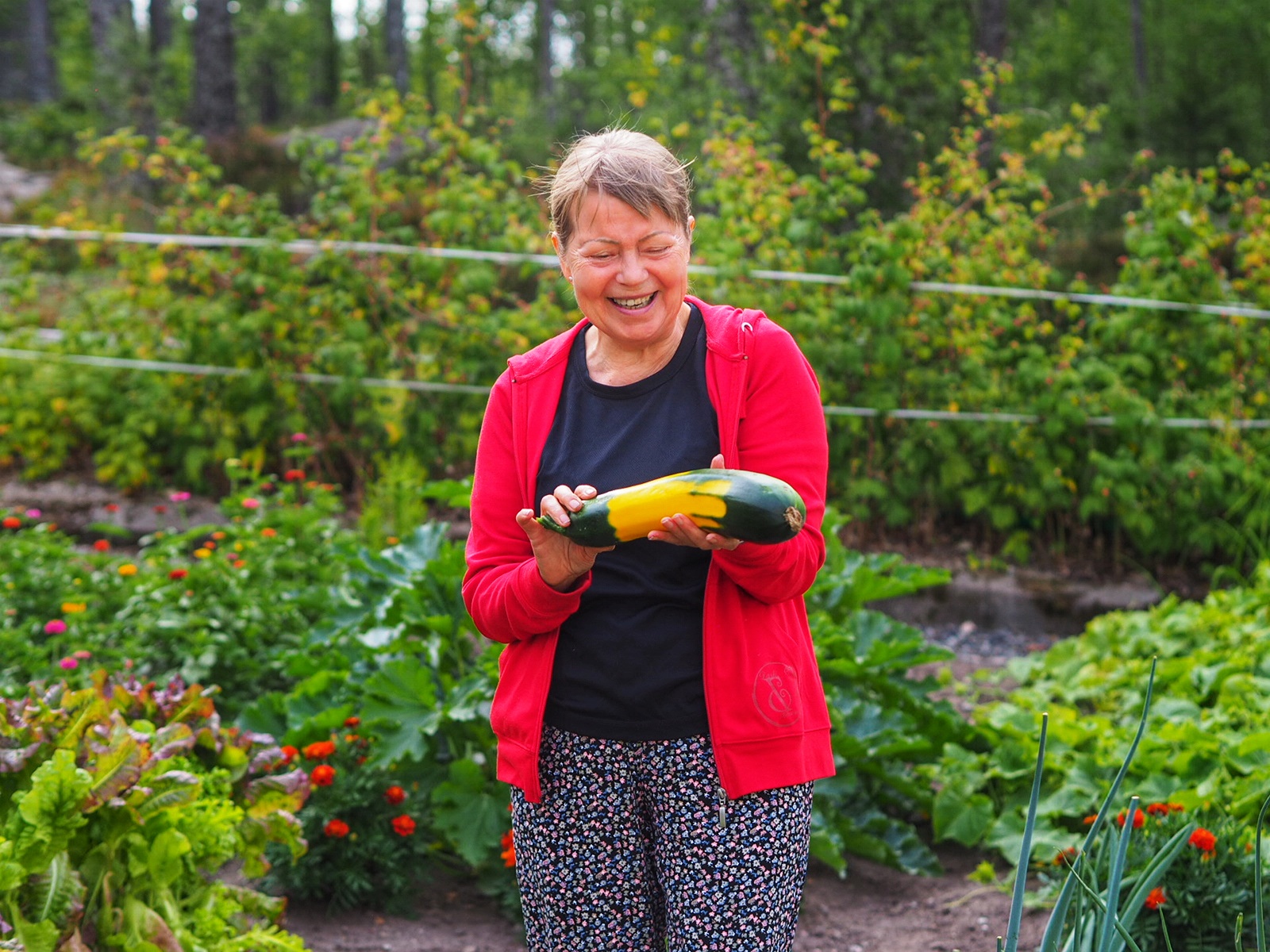 Their property in Lokalahti has been in the ownership of Ritva’s family since around the mid-1800s. She ended up claiming her childhood home for herself 35 years ago.

“My parents intended to sell the house at that time, and I couldn’t even imagine that my home would be sold. I ended up claiming the place for myself, while also granting my parents lifetime rights to the property.”

She does not intend to settle down to live in the house later either, but intends to make it her summer cottage or sell it down the line.

“Once my parents have passed, I will have to think about what to with the house from 1956. In any case, the house was in need of a renovation, as there was no running water,” Ritva remembers.

Water pipes to the property came in connection with the neighbour’s construction project, which could help fetch a better price for the house at least. For the same reason, she applied for construction rights to build an expansion to the house.

“In the end, I went all in. I decided to ask a contractor contact if he had time to start renovating the house. If he did, work would have begun, and if not, then I would have just dropped the idea. Turns out that he did. But things somewhat got out hand,” Ritva bursts out laughing.

And it’s not all done yet either. There are projects year in and year out. In the renovation, a sauna, a gym and a room with a fireplace were constructed in addition to the big and bountiful garden. The building named “Tonttula” is nowadays the couple’s favourite place, alongside the garden.

When Ritva moved back into the house for the second time around, she already knew what to expect, although there was no more need to carry the water from the well. The freezing winter and slippery rock slopes in the yard brought with them their own challenges. A certain mindset is required to live under the whims of nature even through the darkest of winter days.

“Then came the first spring that changed everything. The woods were once again just outside my doorstep and the garden was there waiting for me. I’m somewhat of a loner by nature, so this place is perfect for me.”

Now, the couple can already make the most of the winters as well. Last winter, Matti used a machine to make a 3.5-kilometre skiing track. The track ended up garnering so much interest that he decided to invite anyone to come ski there through Lokalahti’s own Facebook group. On the busiest days, there were over 80 skiers on the track.

There was a track of a few hundred metres for small children, along with a sledding hill.

Without thinking too much about it, a wintertime activity hotspot for the locals was created.

The couple enjoys their self-sufficient and unique life in Lokalahti. Nowadays, all activities are just an internet connection away and all the essential services can be found in the small centre of Lokalahti.

“Lokalahti has an excellent K-Market. Everything there is always fresh. And I also get my hair done in Lokalahti,” Ritva says.

The couple would not exchange the peace of their home for anything. Nature is always present in life here.

“There’s the feeling you get when it’s all quiet and you hear a cuckoo calling. It’s something out of this world.”

“There is a refreshing village community feel to Uusikaupunki”

May we present: Madame Pumpkin