Lutefisk, gravlax, imported cheeses and wines, casseroles, rice pudding, gingerbread and rosolli salad. Sound familiar? The Christmas tables of the bourgeoisie in the late 1800s were full of foods similar to those on today’s Christmas tables. 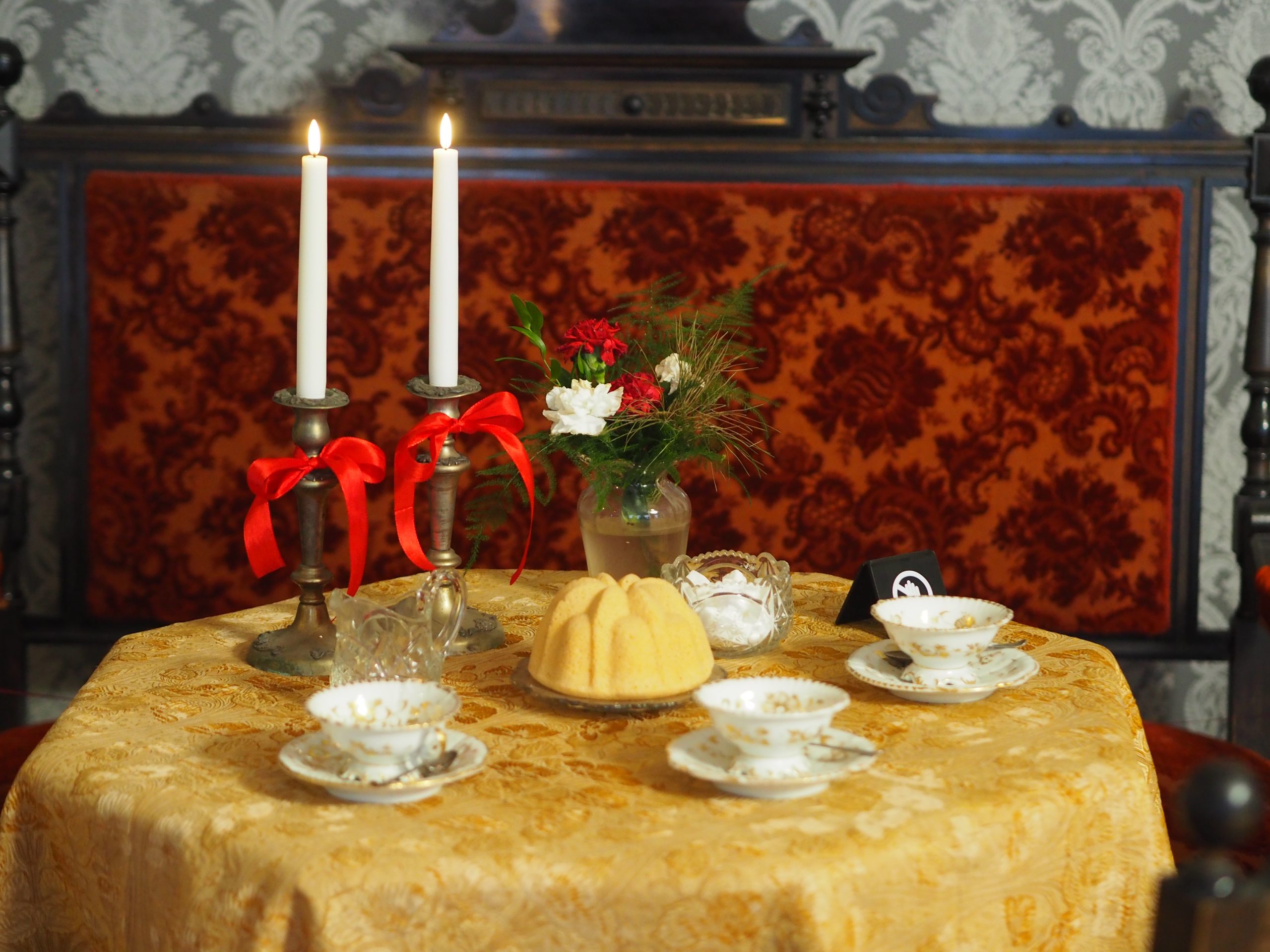 Already back then, Christmas was celebrated as a truly festive occasion, and preparations were started well in advance. The local shops advertised their Christmas exhibitions, where people could get jewellery, fabrics and glass items. The Christmas pastries spiced with saffron, clove and ginger were baked slowly and carefully. Naturally, the bourgeoisie could also get their Christmas delicacies from the market or their own merchant.

Christmas sweets, marmalades and marzipans were specialties of the local confectionery stores, and the fancy dessert decorations, the croquembouches, were veritable masterpieces of the confectioners.

“As Uusikaupunki had sea connections to the world, we had slightly fancier foods here than in many other places, such as oranges, dried fruits, spices and marzipan. It may have been possible to get some gift items here by sea as well, but most of the gifts were made by the people themselves. The sea connections made it possible for even the regular seamen’s families to have gifts and foods of a more special kind for Christmas,” explains Museum Director Mari Jalava.

In clergy houses, bourgeoisie homes and mansions, even the servants may have been invited to join the family for Christmas dinner.

“That may have been the only time of the year when the whole house ate together,” says Jalava. 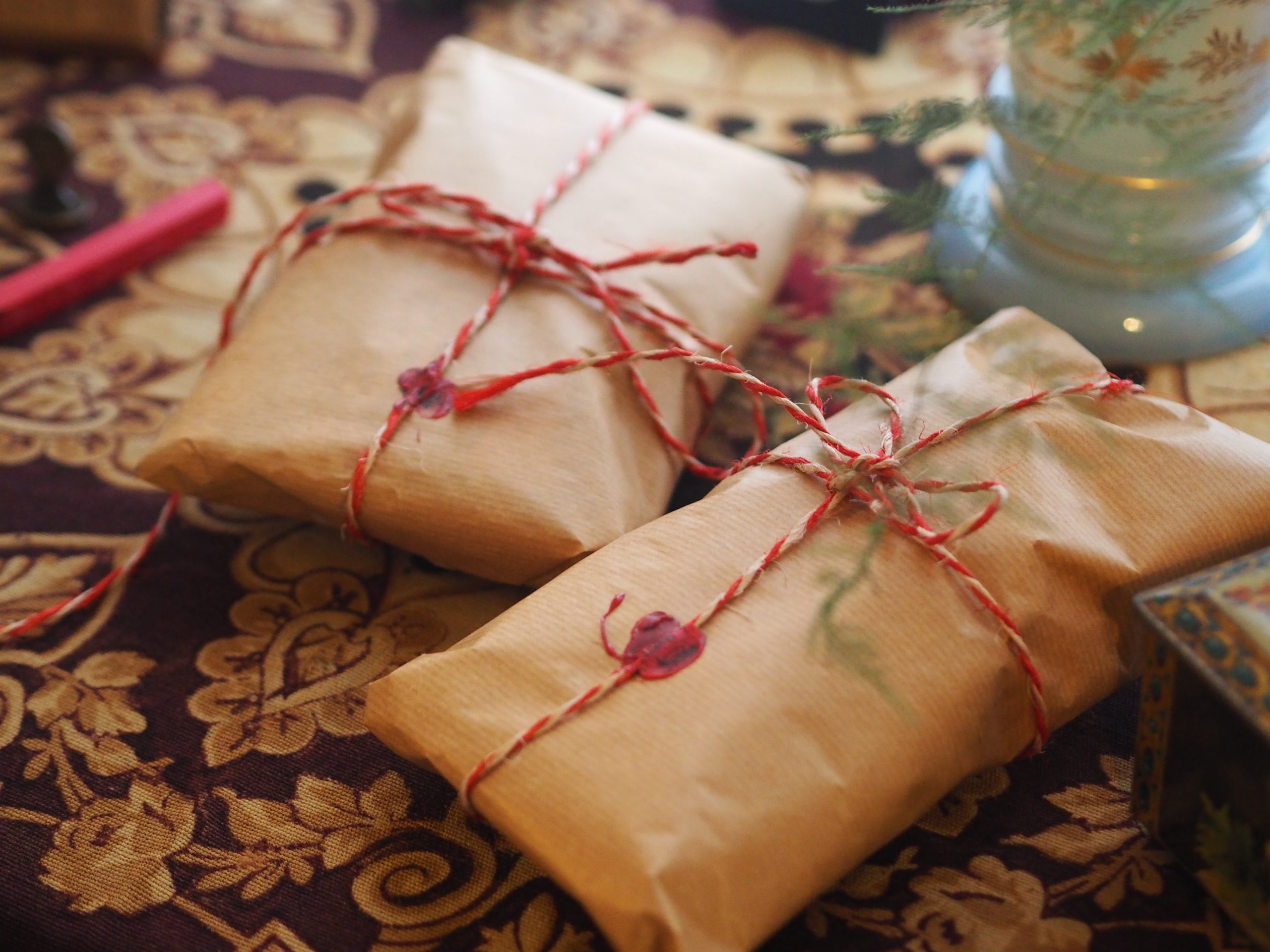 In bourgeoisie homes, the serving staff decorated the house to make for an idyllic Christmas setting, where the family could play and open their gifts by the Christmas tree adorned with apples, flags and candles. In other families, the Christmas celebrations were a little more modest. Christmas cleaning was carried out carefully, and the food was slightly better than the norm, but ham, casseroles and rice pudding were not part of the common folk’s Christmas tables in the 1800s, and there were no decorated Christmas trees there either.

“When, at the start of the 1900s, schools started celebrating Christmas with Christmas trees, the tradition slowly carried over into regular households as well,” says Jalava.

Bulbous flowers, such as hyacinths and tulips, were common Christmastime home decorations already in the 1800s. Lily of the valley was also a common floral decoration. In addition, homes were decorated with candles, various straw and crêpe paper decorations and decorated gingerbread.

Christmas church was a tradition that all social classes had in common. Everyone woke up early on Christmas Day, also in the archipelago. Religion was important, and everyone who could make the trip went to church.

At least one tradition shared by all of Uusikaupunki has been retained for over a hundred years: the lit market square Christmas tree.

“When Uusikaupunki got electric lighting in 1909, they decided to put up a Christmas tree and decorate it with electric lights,” says Jalava.

In the past, Christmas was generally celebrated until Saint Knut’s Day on 13 January.

“On Saint Knut’s Day, tenant farmers and peasants in particular were brave enough to mock and harass the houseowners. The sources says that especially the meanest houseowners were harassed by the townsfolk clad in goat suits, the nuuttipukkis,” says Jalava.

After their tour of mockery, the nuuttipukkis ended their tour at the people’s dance, where they got to enjoy the Christmas leftovers and beers they managed to round up, and everyone bid farewell to the festive season.

You can experience the authentic Christmas milieu of an Uusikaupunki bourgeoisie family at Wahlberg’s house’s Christmas exhibition (Ylinenkatu 11), which runs through 6 January. The exhibition is open from Tuesday to Saturday between 12 noon and 3 p.m.