The delicate hepaticas and the shy buds of grape hyacinths are peeking out from the flowerbed and garlics are briskly lifting up their heads on the raised beds. Gardener Johanna Sillgren walks around her garden every day to see all that has transpired in a day’s time.

Sillgren found her home in one half of an old wooden house in Uusikaupunki last summer through her acquaintances. The atmospheric house with its sprawling garden is located in a secluded area next to an old railway track – in “the middle of nowhere”, but still close to everything.

– I had just recently moved into a nice two-room apartment and decided that I would never move away from there. But how could I say no to a place like this? With the lovely old-fashioned stoves and all, this place is perfect for me and my dog, and there’s plenty of work in the garden for a green thumb such as myself. But this time I will not be moving away, Sillgren assures us with a laugh.

– Ideally, it would be good to first see the yard’s full annual cycle, its sunny and shady spots, the workings of the yard, and the treasures springing from the ground. But although I just moved here last summer, I just can’t seem to keep myself away from here, she smiles.

Sillgren plans to grow at least eight tomato varieties, cucumbers, and chili peppers. Her obsession over dahlias led to over 20 varieties being planted in the garden.

– It’s easy to fall down the rabbit hole when your hobby is gardening. Now that we’re home so much, it’s no wonder one starts to pay more attention to the yard, especially when there are various gardening groups on Facebook that only add to the craze. 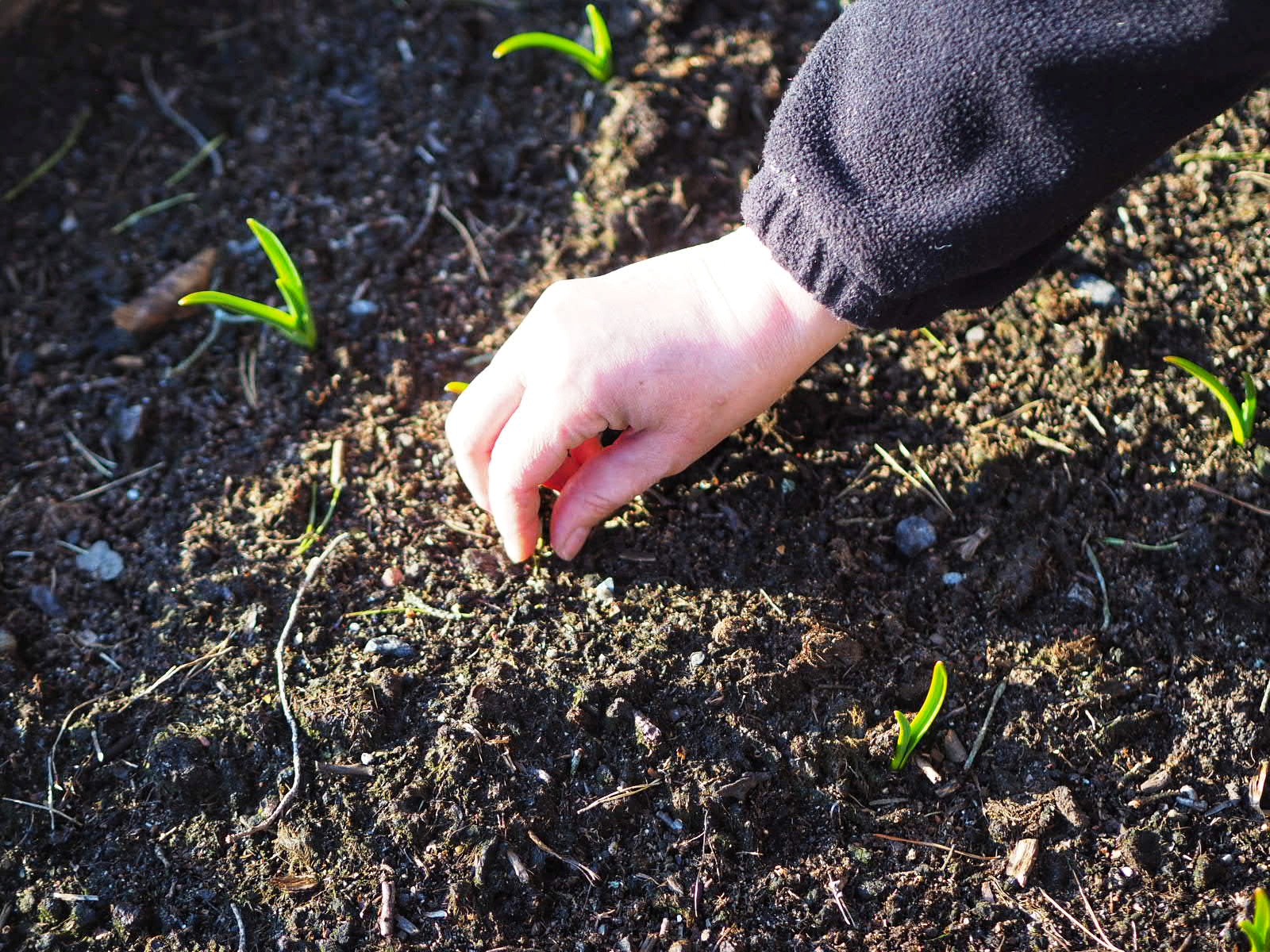 As the apple tree pruning season nears its end, so does the pre-cultivation phase for many plants. By then, you should also be done with adding limestone. But you shouldn’t linger on what you didn’t do.

– If you didn’t prune your apple tree, but you still want to do some cutting, do it at the end of summer when the growing season has passed its peak. You can still add limestone as long as you remember to fertilize two weeks after. Luckily, you can still buy saplings even if you missed the pre-cultivation window, consoles Sillgren. 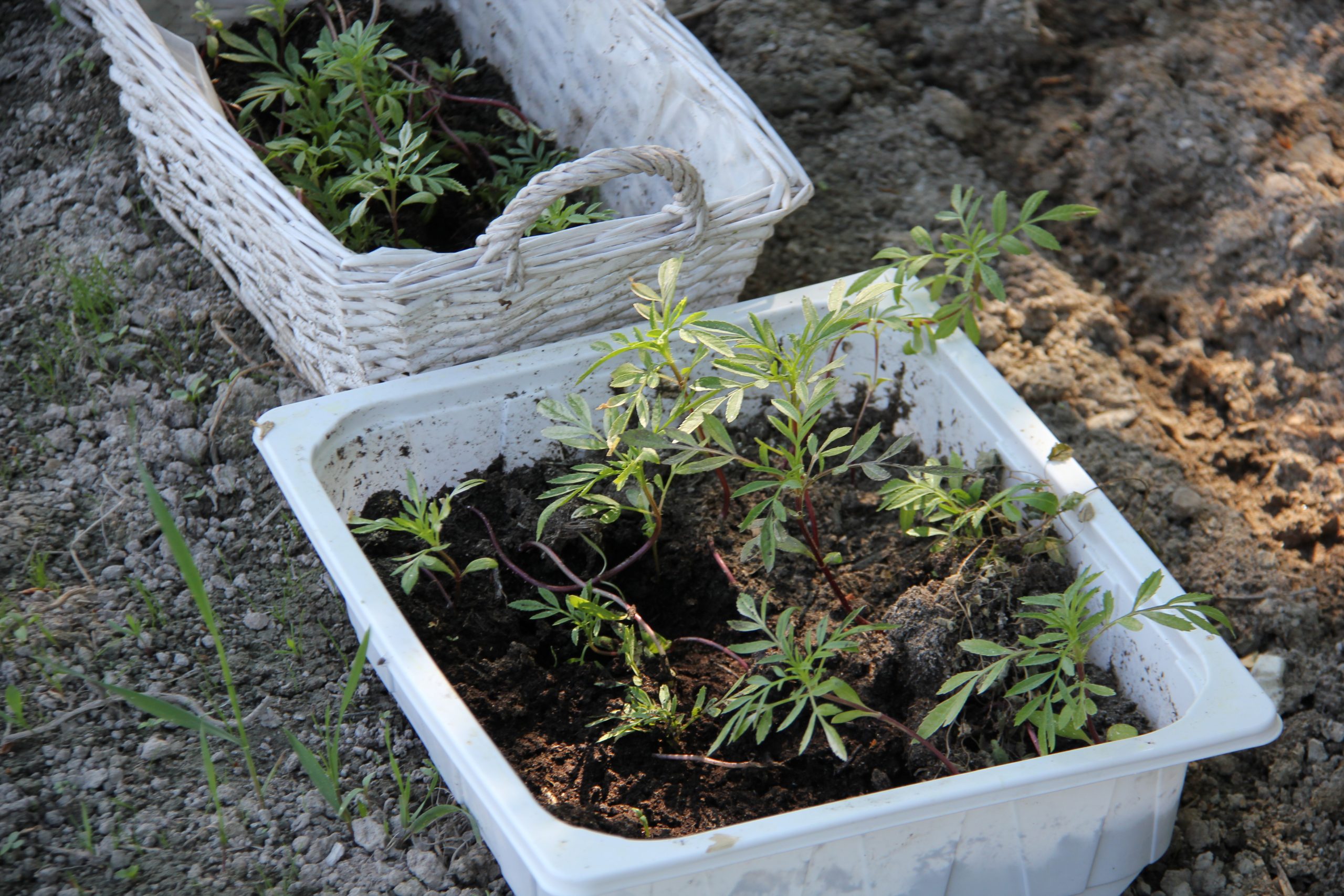 Advice and hints for gardening can be found in abundance on different forums. Although there are certain universals in plant care, it is important to note that there is no need to take things too seriously.

– There’s no point in making gardening too serious. Go and try out different things, and keep it relaxing and pleasant, Johanna Sillgren thinks.

A gardener’s tips for garden work in early May

Tend to the lawn

Moss formation is commonly the biggest problem for lawns.

– In actuality, there are two options with moss: either you learn to love it, or you keep fighting it, Johanna Sillgren sums up.

If you wish to get rid of moss, first you need to find the root cause behind the moss formation. Possible reasons include too shady, too wet, or as it often is the case in Uusikaupunki, too old and dense ground.

– It is a common mistake to think that the ground is acidic if moss grows on it. Instead, it could be that there is not enough fertilization, which results in a lawn that doesn’t have the energy to thrive, giving the moss room to spread, Sillgren says.

After you’ve tracked down the cause, you can start to remove the moss. You can use special anti-moss fertilizers or equipment for the job. You can spread a thin layer of soil and grass seed on top.

– Or you just learn to like moss, Sillgren says.

Mulch for the bushes

Since weeds easily grow on top of soil, you would be wise to put some mulch near the roots of bushes. You can use a garden shredder to make your own mulch, but there are various ready-made options out there as well.

– A good tip for any home gardener would be to spread a thick layer of newspaper on top of soil at the roots of a bush, and then add the mulch on top of the paper. Newspaper is thick and impermeable enough to suppress the weeds growing from below. The paper will break down in time, which is a good time to add some mulch to keep the layer thick to stop new weeds from popping up, Sillgren suggests.

Now is a good time to clear out weeds from the tiled areas and edges of pavings in the garden. They can be removed by traditionally weeding them out or by pouring boiling water on top them, for example.

– Some also use vinegar to get rid of weeds, but I would be very careful with that since it can easily spread into areas where it doesn’t belong, Sillgren points out.

Although weeds are often seen as the garden antagonists, many weeds are simply delicious on the plate.

– Fireweed sprouts taste like asparagus, goutweed passes for salad, and nettle is great for pancakes, for instance. Goosefoot leaves taste like spinach and the seeds resemble couscous. You should definitely make use of your weeds, Johanna Sillgren recommends.