Behind the doors of Musiikkitupa in Sorvakko, you will find a homely space full of musical instruments of different kinds. There is a drum set next to two electric pianos, colourful ukuleles hanging on the wall and many brightly coloured snare drums on the shelf.

Päivi Kurkilahti greets us with a warm smile. After one and a half years of the pandemic, one would be hard-pressed not to smile at the prospect of returning to a more ordinary daily life.

”It feels wonderful to once again get to pack your car full of instruments and organise song sessions for children and the elderly.

My piano lessons are also running regularly. During the COVID-19 situation, I admit that I did think about what else I could be doing. But I just can’t imagine doing anything other than music,” she says.

In this one-woman business, the normal daily routine is full of play and song. Päivi goes around organising music playschools for small children, band clubs for school-aged children, and song sessions for the elderly. Adding to her diverse schedule, she also has numerous piano pupils, manages an Adult Education Centre women’s choir and performs as an accompanist here and there.

”I’m always eager to take the opportunity to play whenever I’m asked to, if at all possible. Especially now that we finally get to play live music in some capacity after the long break,” says Päivi. 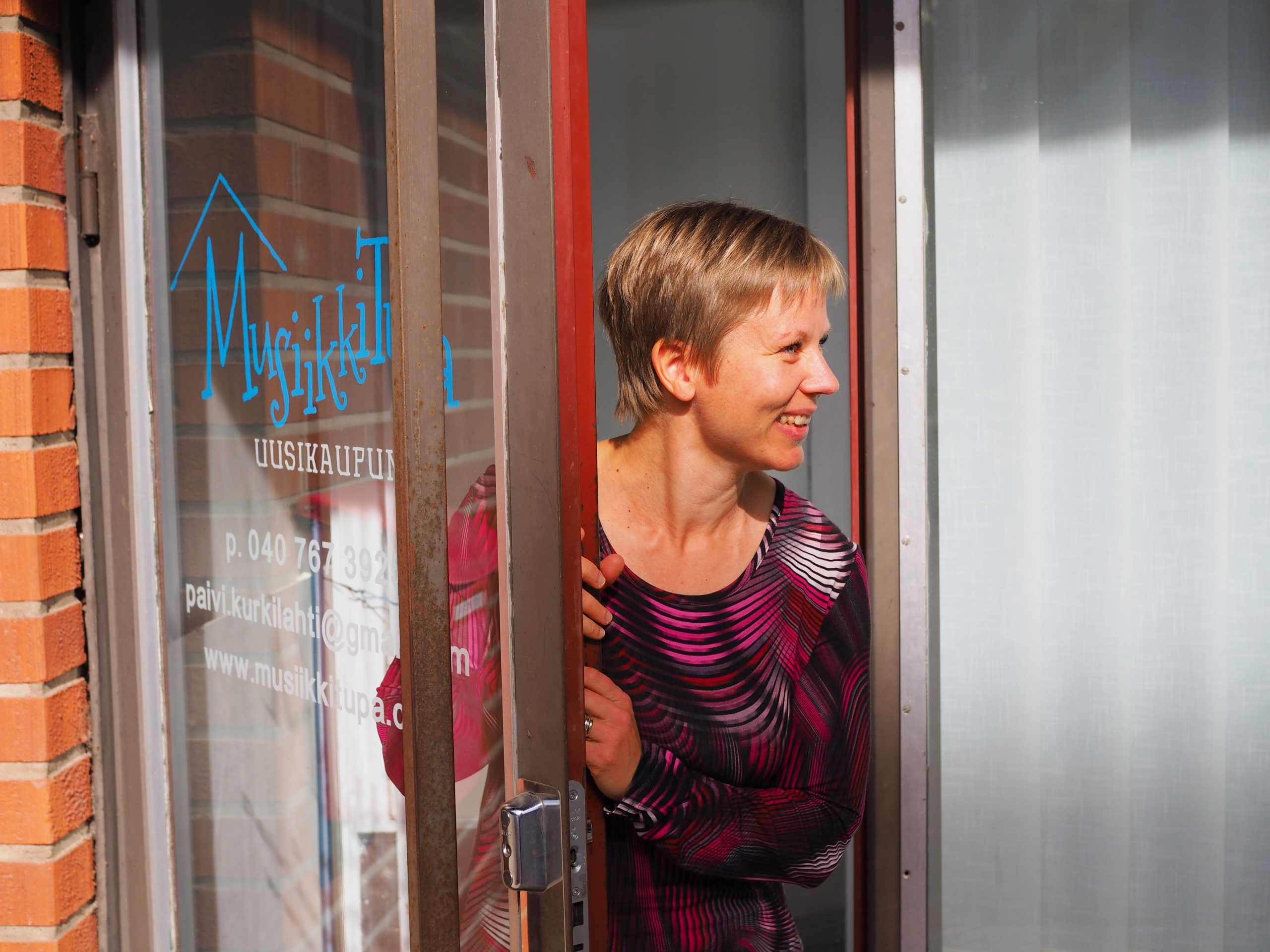 Musiikkitupa was slowly and almost unexpectedly born from smaller streams fusing together into something much larger. Päivi, who works as a music teacher in Turku, was returning to working life from parental leave when she wondered if there was something she could do with music back in her hometown of Uusikaupunki.

”I thought that it would be nice if I could manage to find a few piano students and possibly organise music playschools. I asked around family clubs if parents were interested, and I guess that’s where it started. I purchased small band instruments and initially began organising music playschools at the parents’ houses,” she explains.

Her own home environment is where her music hobby originally started as well. Päivi suspects that the Finnish Schlager music she heard when she was little in the 1970s had something to do with it, as the jukebox at the service station her parents owned was rarely silent in those days.

”Maybe that’s why music from that area has a special place in my heart,” she says with a laugh.

They listened to a lot of music in her home, and she would also sing while on bike rides. Her first touch of a keyboard was a dual-manual electric organ she borrowed from her godparents, which she started to practise with, playing songs by ear.

”There was something about the piano that immediately drew me in. Then mum suggested I take piano lessons, and I went to music school at the age of nine,” Päivi recalls. 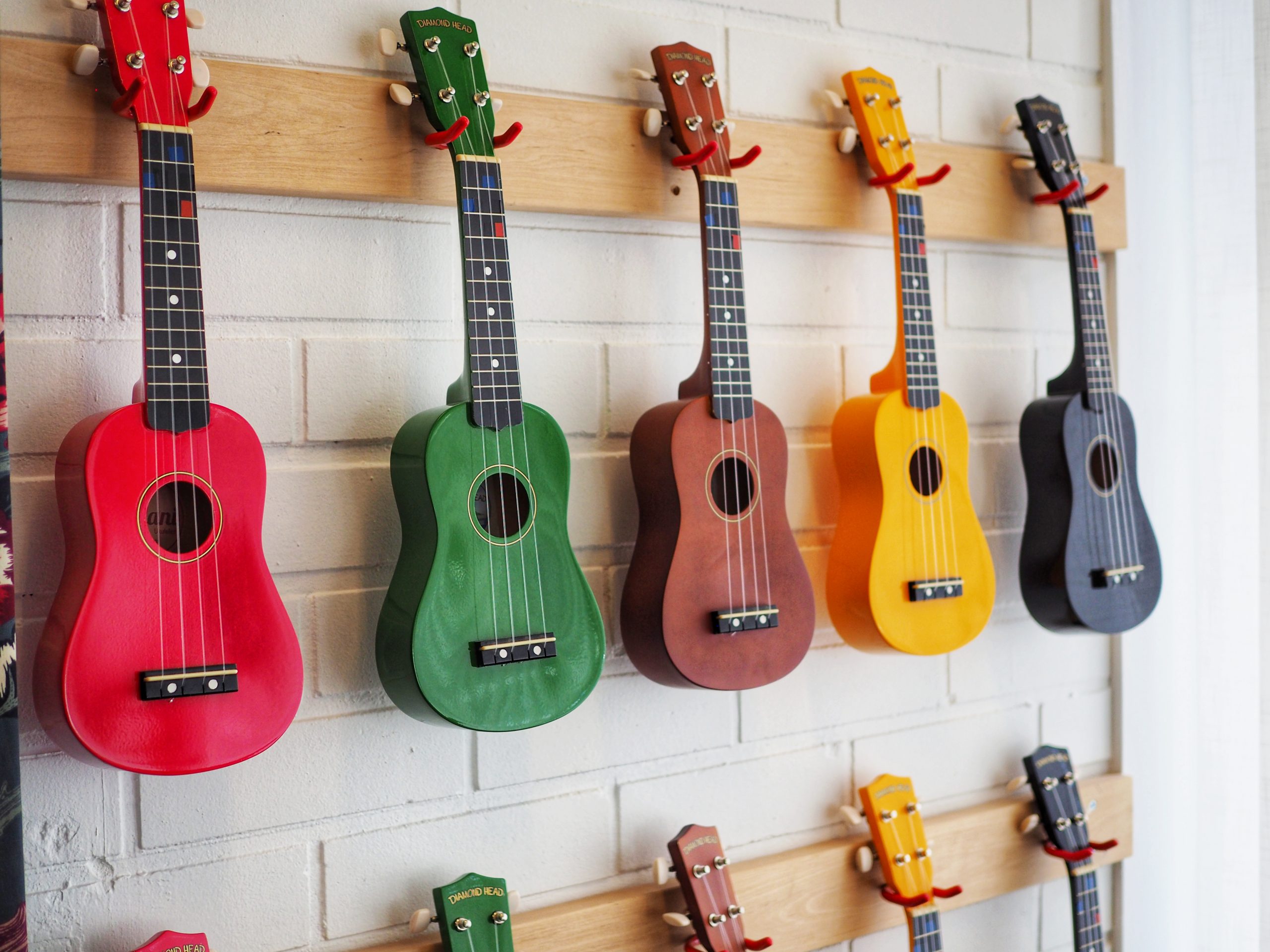 Päivi did not think of music as a career opportunity until her music teacher Anitta Mäkelä planted the seed in her mind during her last year at upper secondary school. Her talent was such that she got into the Sibelius Academy on the first try, and her future was laid out in front of her.

She worked as a school music teacher for a long time, but she found the most agreeable and diverse combination of work in the industry through her own business. Päivi describes her Musiikkitupa as a low-threshold music hobby where you can try out different instruments and find ways to discover your own musicality. Some children will continue with music at school and some will turn to other hobbies. Many of her first music playschool pupils now take music lessons from Päivi.

”I feel as if the Vakka-Suomi Music School and I complement each other by providing diverse opportunities to pursue music as a hobby in Uusikaupunki,” she thinks. 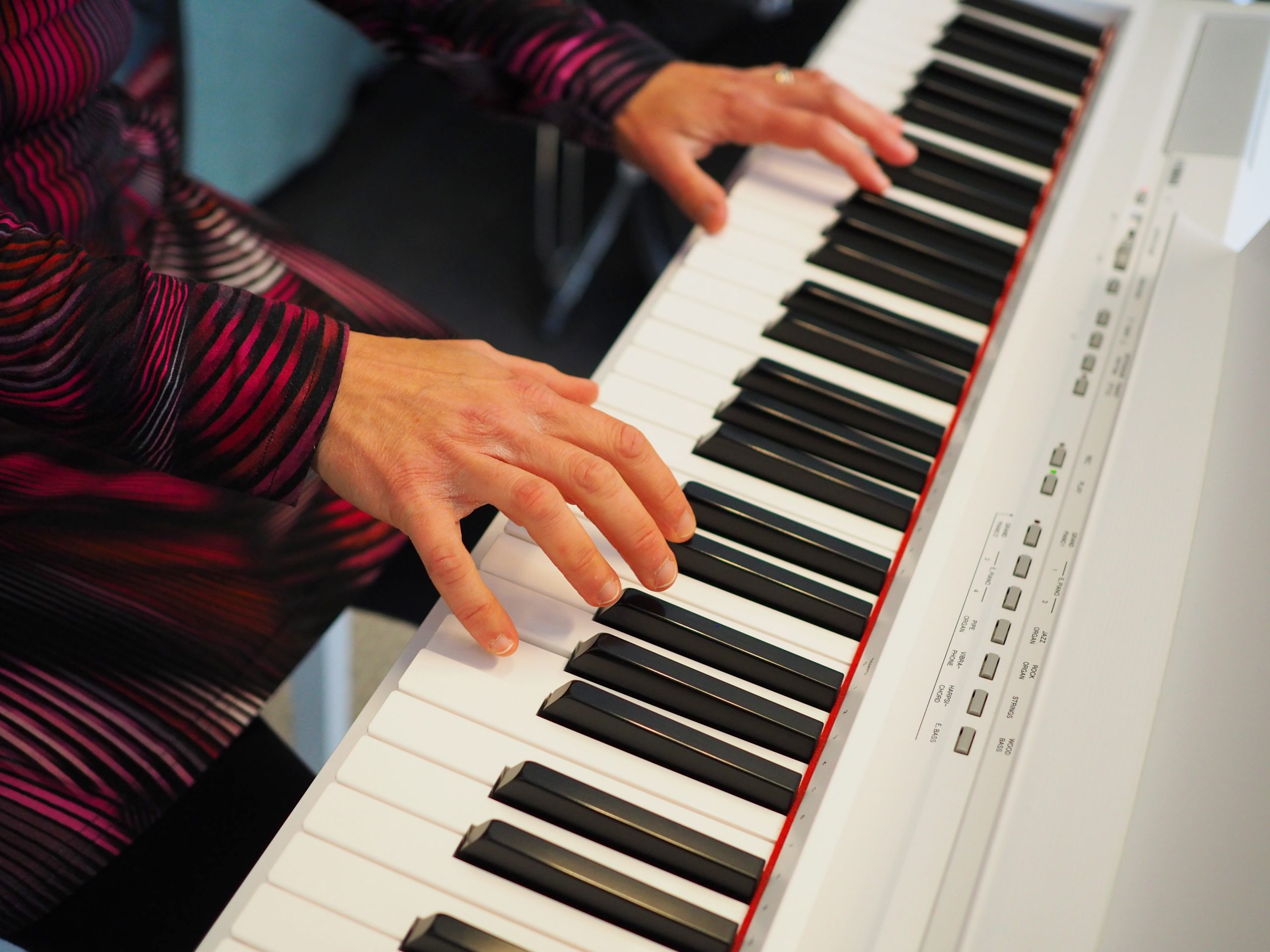 Päivi feels that Uusikaupunki is a good place to establish one’s own business and grow its operations. The Enterprise Agency helped me get started and the city’s services for entrepreneurs helped me find business premises. In fact, word of mouth in the community also worked so well that there are more pupils lining up than it’s even possible for me to take.

”I feel so happy to be able to make a living doing something that I really enjoy. My business also comprises nutritional supplement and detergent sales, which have provided me with a degree of added financial security even during the pandemic. I also sew small things here and there, which I sell. It gives me a much needed breather from everything.”

When one’s working days are filled with music, there is less time to simply play for one’s own enjoyment. When a rare free moment comes up when Päivi’s family is away, she grabs her trusty guitar.

”I’ll sit on the stairs and sing Irwin Goodman’s ’Maailma on kaunis’, and it makes me emotional just remembering what this music means to me. As long as I can get this feeling from music, I’ll never stop,” Päivi says with a smile on her face.