The sprawling and winding narrow cottage road leads to large red and black gates. In the yard, the lady of the house, Kirsti Forsten-Takko, comes to greet us, with the German shepherds Pata and Maski happily running along not far behind. The man of the house, Kari Takko, lifts his hand up to greet us by the terrace.

The lovely yard area is bordered by the freshwater lake, where the host family likes to dip their toes every morning all-year round. In addition to the main house, the yard houses a sauna, which is in daily use, and Kirsi’s gardening plots, which often end up being eaten by uninvited guests.

“The roots of last year’s broad beans were gobbled up by moles, and the deer come up to the terrace to nibble on the pelargoniums,” says Kirsi.

In Pyhämaa, nature truly is close and ever-present through the day and all-year round. When the sun goes down, complete darkness falls.

“We thought about whether it would be boring out here in the evenings, but you learn to manage your day very differently from how we used to do it in the city. The nature just seems to bring a sense of a natural daily rhythm,” says Kari.

For anyone who watches ice hockey, the name Kari Takko is sure to ring a bell. During his long career, the hockey goalkeeper born in Uusikaupunki played in SM-liiga, six seasons in the NHL and the last years of his play career in Sweden. His Finnish home rink was in Pori, and he stayed loyal to Ässät despite talks with other teams.

“I never really took the offers seriously,” he admits with a smile.

The loyalty to Porin Ässät is plain to see even in their lovely home, as Kirsi, who used to hate hockey and especially Ässät, is wearing a red hoodie of the team. In the past, the family’s life followed Kari’s hockey career, and eventually Kirsi became a fan of the sport, too.

“Nowdays, I’ll watch Ässät’s games even if Kari isn’t at home,” she says.

Through all the years on the road, the family had one constant place to return to in Finland – the peaceful cottage surrounded by the pure Pyhämaa nature. They got the place in 1989, and it has remained despite all the changes around them. They spent the summers, holidays, weekends and eventually every moment they could manage to spare at the cottage.

“Even in the evening, we used to set out to drive here all the way from Pori,” says Kari. 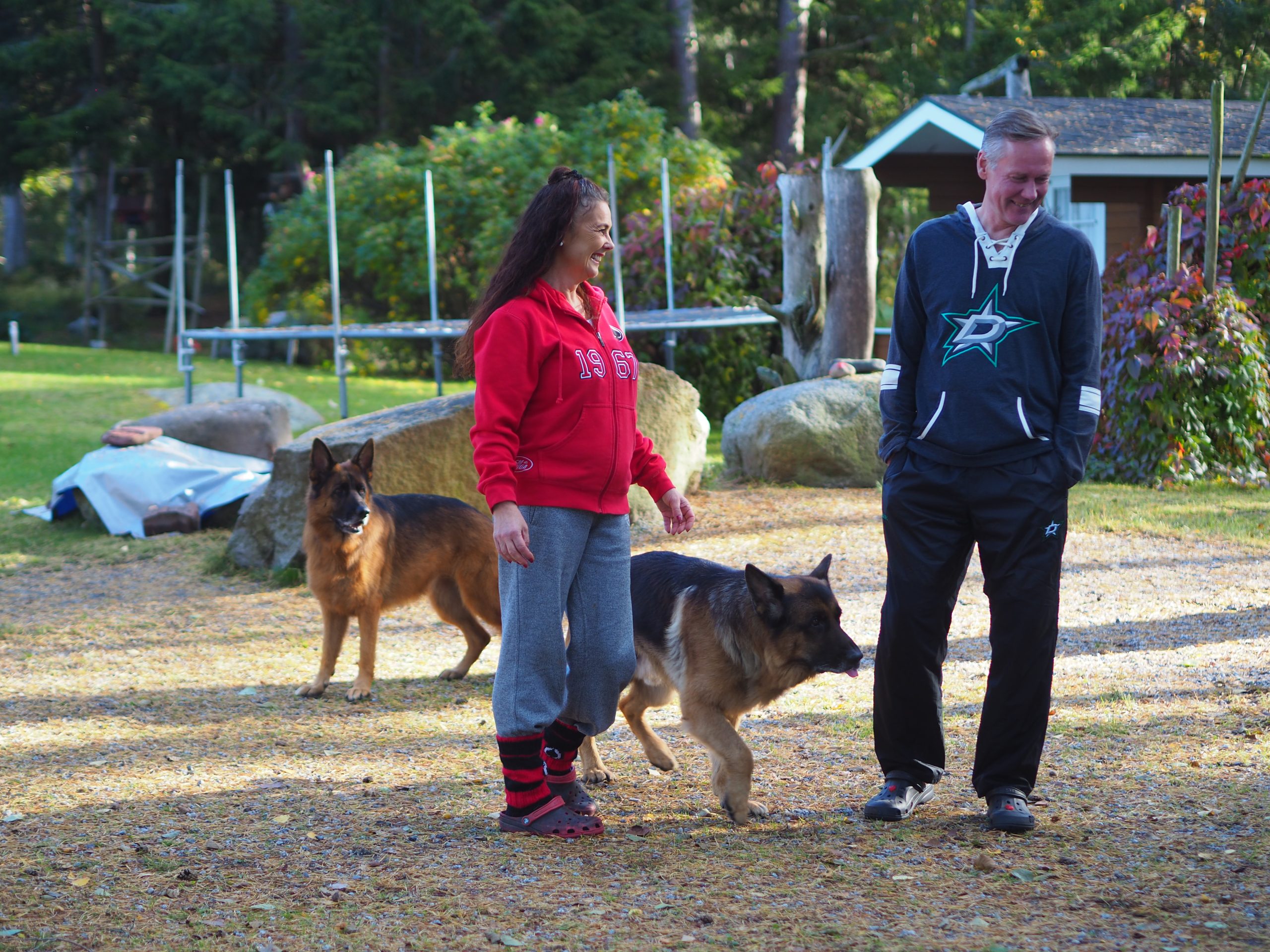 After the years on the road, once the couple’s three children moved to live on their own, Kari and Kirsi decided that there would be no more driving back and forth and decided to make Pyhämaa their permanent home. When Kari, who works as a player scout for the NHL team Dallas Stars, returns home from his work trips, he gets to relax in the warm embrace of the beach sauna.

“It’s an amazing feeling when I drive out front. The contrast to the big city is huge. Here, you get to enjoy absolute freedom and peace in nature,” says Kari.

In the sauna of their Pyhämaa home, the couple has made many of their biggest decisions in life.

“During my final season in Sweden, I had already thought about ending my career as a player. I stepped into the sauna and said to Kirsi, who was sitting there, that I was finished. She got caught off guard and asked me if I meant that we were done, so I naturally had to clarify what I meant,” says Kari with a laugh.

And Kari also stayed true to those words he said in the sauna, as he hung up his ice skates in 2000.

However, Kari was not done with ice hockey just yet. Scouting for new talent keeps his mind sharp and allows him to keep up with the latest developments in the sport. He intends to continue working as long as it feels good.

“And naturally you need to listen to what Kirsi has to say, too,” says Kari.

“Luckily, during the pandemic, we also found out that we can make it by just the two of us, as we hadn’t really had an experience like that yet during our 40 years of marriage – even though the sparks flew from time to time, and Kari told me that I didn’t even know how to put the dishes in the dishwasher properly,” says Kirsi.

“And you still haven’t quite got the hang of it,” says Kari, and both of them let out a laugh. 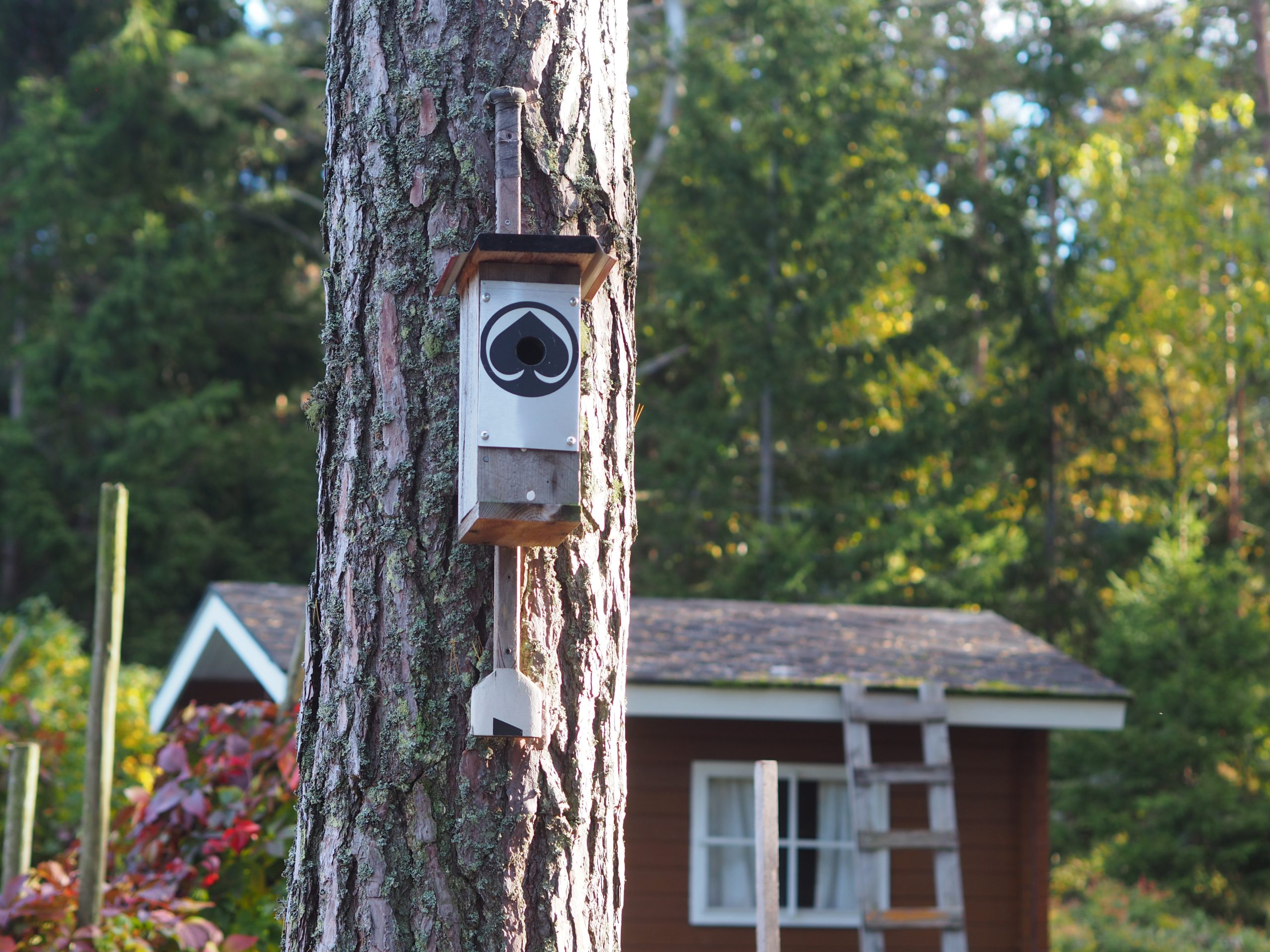 Whatever the future may bring, they will always keep their Pyhämaa home. The peace quiet of their home is just a stone’s throw away from the town’s services and events, which the couple truly appreciate.

“They organise such a variety of events here, and the basic services from gyms to the shops are all found in the town centre,” says Kirsi.

Kari beckons the residents to really take a look at how beautiful their hometown is and to learn to enjoy it.

“Too easily, we look at the negatives, but we should remember to open our eyes more often and to really look around to see how beautiful our hometown is. Here, we have gorgeous beachside houses and the bay that we can enjoy in the middle of the town – what more could you hope for?”