The living room balcony is bathed in sunlight and offers views of the sea, sailing boats covered with tarpaulins and sturdy pine trees swaying in the wind. Her cat, Eetu, is napping on a lounge chair.

“You should see this place during a heavy storm. It feels like you’re standing at the bow of a ship,” says Pirkko, describing what it’s like on her glazed balcony, protected from wind and rain. 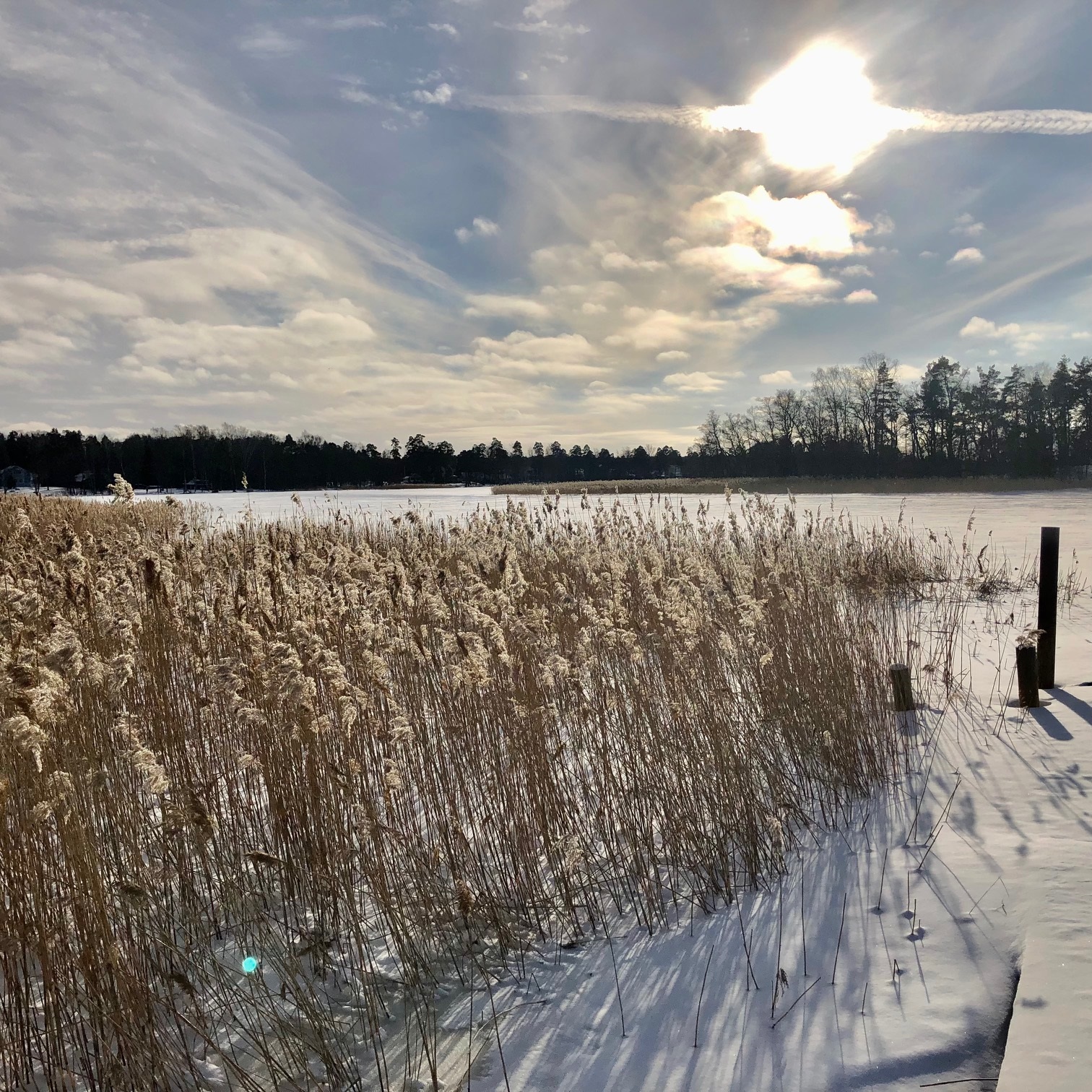 For years, Pirkko had two homes, both of which were located in urban, seaside environments: in Helsinki and Uusikaupunki. The Helsinki residence was located next to Linnanmäki, close the heart of the city. From her central location, Pirkko used to visit the Stockmann department store and the gym almost daily.

She became a resident of Helsinki as a child when her father, also a journalist, found work in the city and moved his family there. Summers were spent with Pirkko’s grandparents in Uusikaupunki. Her father and mother both originally came from there.

Just before the spring of 2020 and the COVID-19 pandemic, Pirkko, now in her 80s, started to think about a change.

“I’m not getting any younger or richer. It was simply a matter of choosing a place,” Pirkko says.

“I thought to myself ‘Okay, let it be Uusikaupunki and that’ll be the end of the matter’,” she says, as she remembers how she made the decision that turned out to be just what she needed.

During the pandemic, Pirkko’s favourite places in Helsinki have been closed and the city has seemed virtually deserted at times. In Uusikaupunki, however, the lives of locals have not changed drastically.

Pirkko decided to give up her home in a wooden house in the Pietola neighbourhood. It wasn’t an easy thing to do.

“That house is like a poem,” she says and explains how the entire Pietola neighbourhood, with its parks and cozy wooden houses, is part of her mental landscape.

The Pietola house sold quickly and Pirkko found herself in a hurry to find a new place in Uusikaupunki.

“I ended up here in Sorvakko, where I was able to rent an apartment,” she says, looking back at the move.

The expression ended up now seems wrong to her as the whole situation turned out to be a stroke of luck.

“I realised, my goodness, it’s like living in a hotel!” she says, explaining how she suddenly came to understand how easy and effortless it is to live in an apartment building.

“I don’t have to take care of anything,” she says, expressing her relief.

Pirkko later heard from friends about a home for sale in the same area and decided to buy it. “I’ve heard that people like living here in Sorvakko for a long time and that vacant apartments are few and far between.” 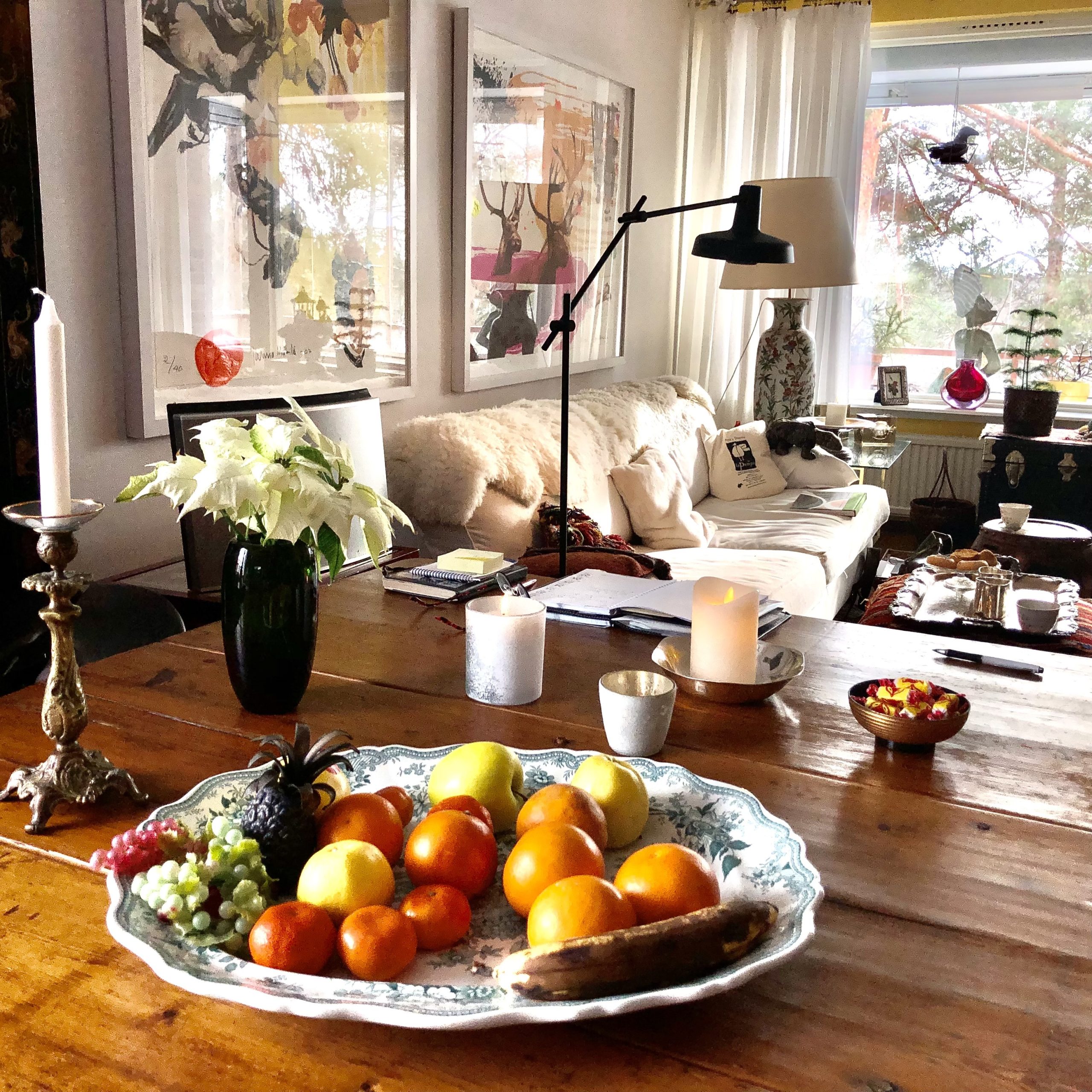 Pirkko had some alteration work done in the apartment, and it now feels like her home was made just for her. One of the living room walls was painted yellow to add some colour and light during the darkest months of the year. The wall between the kitchen and living room was removed and the doorway to the living room was widened. The kitchen cupboards were also repainted.

Pirkko has many paintings and pictures on the walls, and each one tells a story. Her numerous books, works of art and pieces of furniture have also found places in her new home. Pirkko doesn’t have an office, but she uses a convenient mobile workstation in the living room. As a journalist involved in many kinds of writing, she often works on her laptop.

“These apartments and buildings were designed and built really well,” she says.

Pirkko also mentions that the maintenance workers from the housing company are very pleasant and always ready to help. She is also pleased with the sense of community and the friendliness of the residents in the area.

“People say hello to one another and you can always find help if you need it,” she explains. 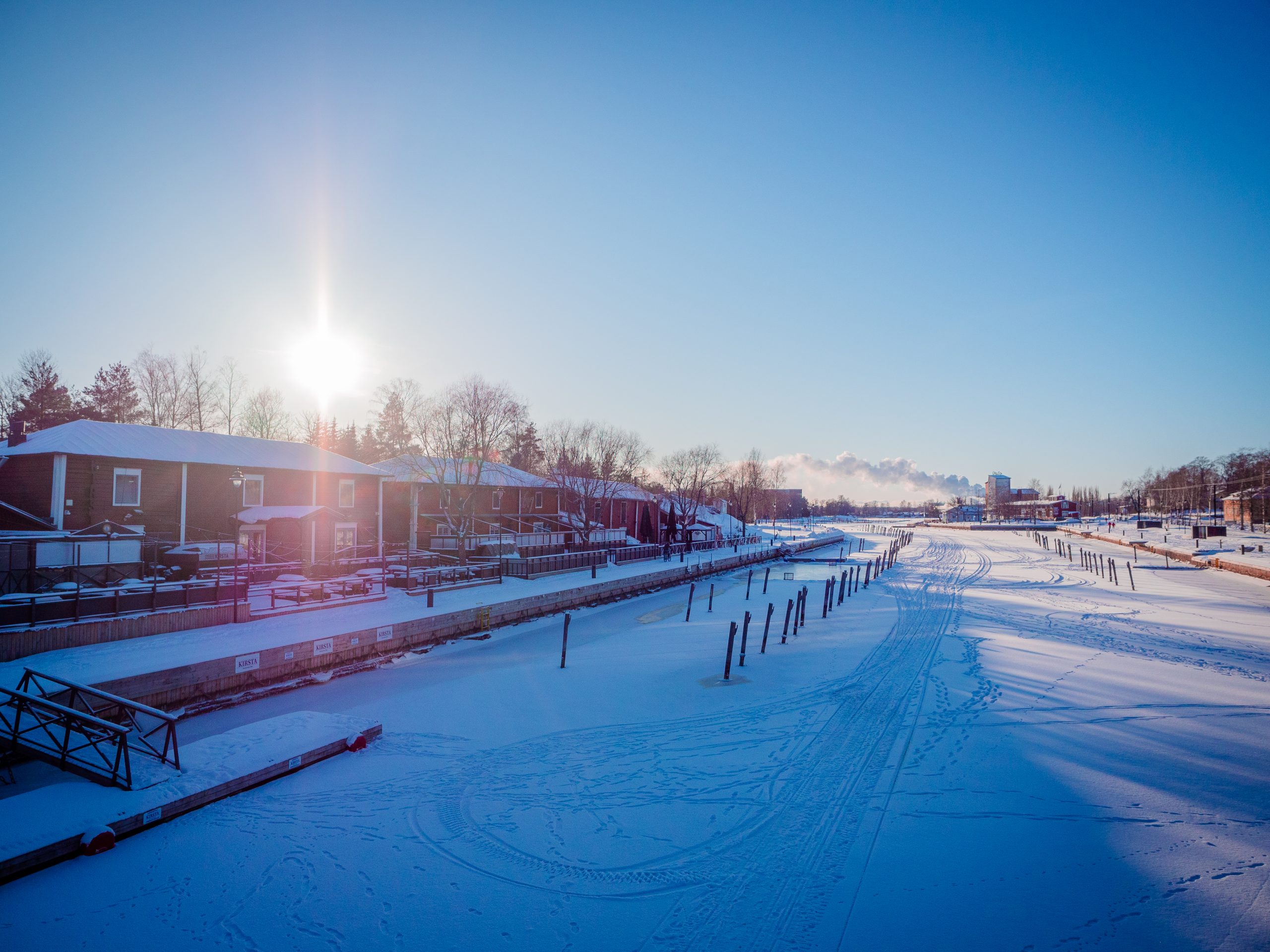 Sorvakko is located about 1.5 kilometres from the marketplace. Pirkko usually walks to the marketplace and the shops, but she’s also grateful for the existence of another option. According to Pirkko, Ukikyyti, Uusikaupunki’s transport service, is one of the best things that has happened in the city recently.

“Residents of all ages, from parents travelling with their children to the elderly, use and praise Ukikyyti. I’ve heard an enormous amount of positive feedback and I’m a satisfied user myself.”

Pirkko also has ideas for further development. She would like a public, family-friendly beach in Sorvakko. After all, the area is located by the sea. She proposes the Ykskoivu shoreline as a suitable place. In fact, there used to be a bathing site in Ykskoivu in her childhood.

Pirkko believes it is important to hold on to Sorvakko’s seaside identity and prevent the area, which was built in the 1960s, from becoming too overgrown with trees. She feels that anyone who lives near the sea should be able to see it. She has nothing against trees – quite the opposite. 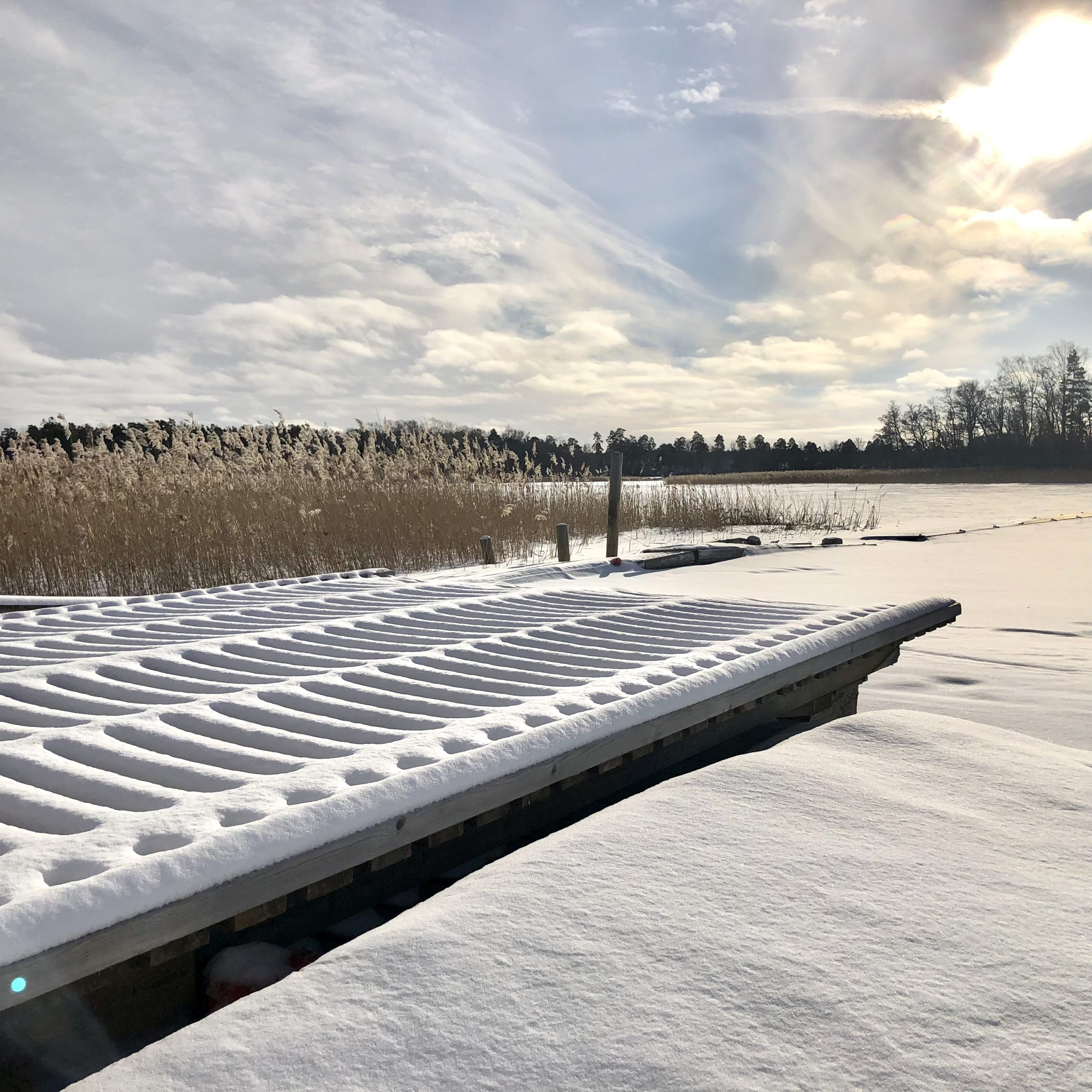 Pirkko is known as a connoisseur of high-quality tea and an advocate of tea culture. She even wrote a book on the subject.

In Pirkko’s opinion, tea tasting is just as interesting as wine tasting. When she makes tea, she focuses not only on the flavour but also on the right temperature.

“Cherry tea is the right choice for today and for this time of day,” she decides this wintery morning.

And why not, the sunlight that is sparkling on the snow-covered ice of Sorvakonniemi bay definitely carries a whisper of spring and cherry blossoms.